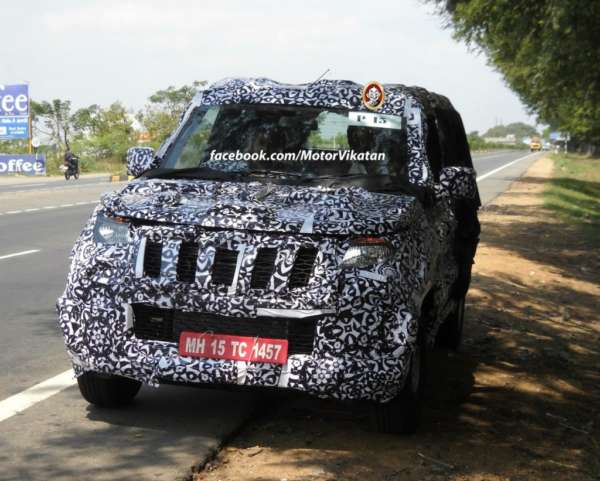 While the 2014 Mahindra Scorpio facelift is yet to be launched in our country, Mahindra and Mahindra, India’s largest selling UV maker, has commenced the testing of the all new 2017 Mahindra Scorpio, spy images of which you see on this page. These 2017 Mahindra Scorpio images have been taken in Chennai, where the car maker recently commenced the testing of the next gen model.  While the test mule that has been spotted was heavily camouflaged, thus concealing most of the details of the  next gen car, these 2017 Mahindra Scorpio images have revealed that the car will carry a XUV-inspired front fascia, that would comprise of a 5-bar grille along with several other similar design elements. At the side, the all new Scorpio is likely to share its wheelbase with the current model. However, as can be seen in these pics, the length of hood is considerably reduced, which should lead to a roomier cabin. 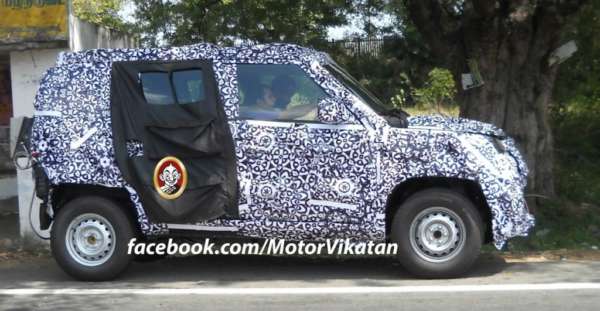 At the rear, the next gen Scorpio has a side hinged rear door that will accommodate the all new Scorpio’s spare wheel. Also, lack of rear bumper on the prototype has revealed that the new 2017 Mahindra Scorpio’s differential, thereby making us believe that the car will sport 4×4 hardware right from its introduction. Quite obviously, the 4×4 system would not be standard across all the variants and instead, could be offered only in the top end models. 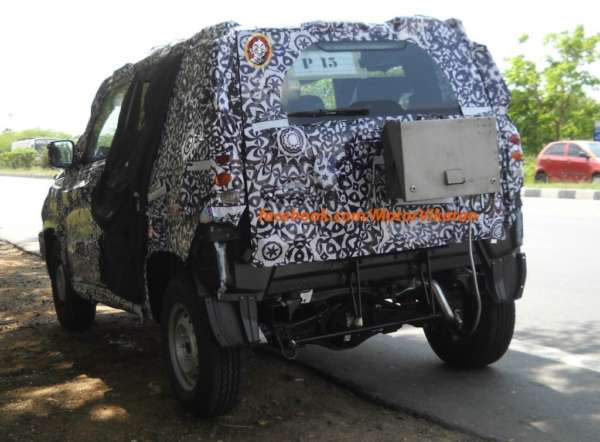 The all new 2017 Mahindra Scorpio is said to be based on a monocoque chassis, which could lead to much better road handling manners. Nothing more is currently known about the upcoming model but safely expect us to update you with more images and details as soon as we dig out some.