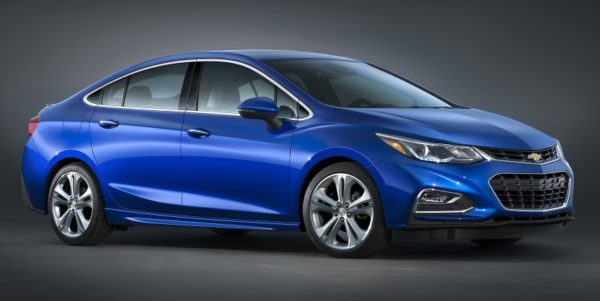 Chevrolet has taken the curtains off of the new 2016 Cruze saloon. Now in its second generation, the 2016 Chevrolet Cruze has received some major design and mechanical updates over its predecessor. The international model of the 2016 Chevrolet Cruze looks far more appealing than its Chinese counterpart. The exterior gets a thorough makeover and the front, side and rear now look sportier and more aggressive than before; plus there are redesigned bumpers, a restyled front grille, stylish headlights with projectors and LED daytime-running lights, revised 15- and 17-inch alloy wheels, the ORVMs are placed on the door and get integrated turn indicators. Chevrolet has revised the rear with a new tail lamp cluster and the side profile of the 2016 Cruze looks more aerodynamic and gets a roofline that swoops towards the rear. 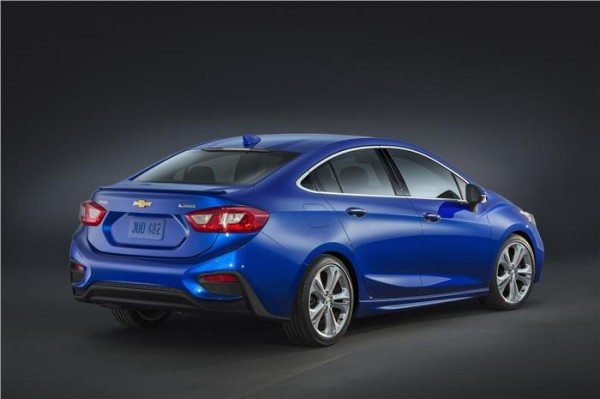 The 2016 Cruze looks more aggressive than the outgoing model

The 2016 Chevrolet Cruze will also be launched in an even sportier looking avatar, namely – the RS appearance package. This particular package adds a more aggressive-looking front and rear elements, side skirts, a boot lip spoiler and larger 18-inch alloy wheels. The new model is based on the company’s all-new D2 FWD platform and is now stiffer by 27% and lighter by at least 100 kg over its predecessor. Compared to the outgoing model, the 2016 model has also grown in its dimensions – measuring 4,666mm in length (68mm longer), 1,795mm in width and 1,458mm in height (25mm lower). The wheelbase now measures 2,700mm (15mm longer than before). 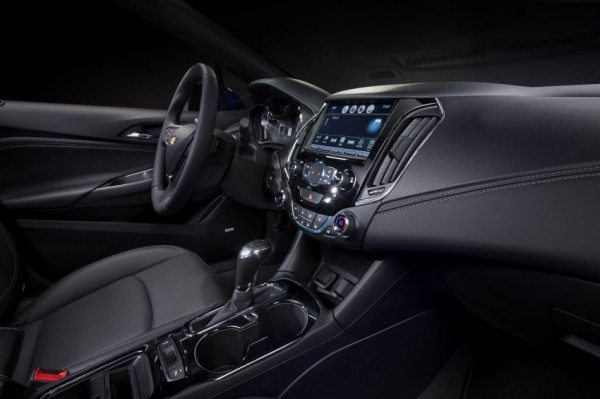 On the inside, the international model of the 2016 Chevrolet Cruze looks almost identical to the previously launched Chinese market model of the car. The all-black interior gets supplemented by a piano-black or brushed aluminium finish. The centre console gets a MyLink Infotainment system with a 7-inch touchscreen and is compatible with Apple CarPlay and Android Auto. The international model of the 2016 Cruze also gets a larger 8-inch touch-sensitive display which also supports navigation and doubles-up as a display for the rear-view camera. 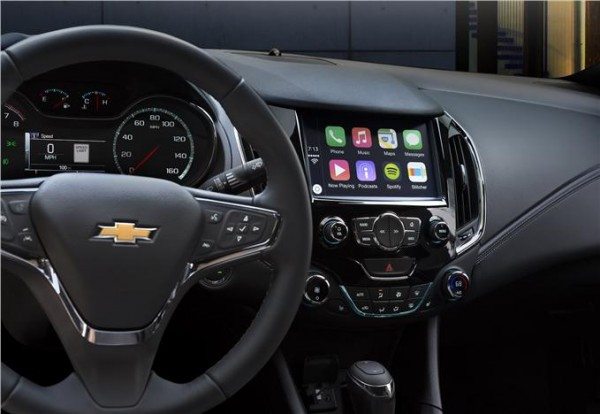 The driver also gets a 4.2-inch MID which is housed in the instrument cluster. Under the bonnet, the new international Cruze gets an all-new 1.4-litre 4-cylinder turbocharged petrol engine that produces 153 horsepower and 240 Nm of torque. Power on the petrol Cruze will be sent to the front wheels via either a 6-speed manual or automatic. Suspension duties on the 2016 Chevrolet Cruze are handled by MacPherson struts at the front and a torsion beam setup at back (on L, LS and LT models), whereas the top-spec model (likely the LTZ) will get an advanced Z-link setup.

Chevrolet has given the international model of the 2016 Cruze, safety features such as disc brakes all around, 10 airbags, ABS, ESP, and rollover mitigation. Additional safety equipment includes Side Blind Zone Alert, Rear Cross-Traffic Alert, Lane Keep Assist and Forward Collision Alert. The international variants also get wireless charging for your mobile phone; while the rear leather seats and the leather-wrapped steering wheel gets a heating function. Chevrolet will be launching the new Cruze in its petrol guise in the American market in early 2016 and diesel variant in 2017. Chevrolet is expected to launch the new saloon in India in 2017.