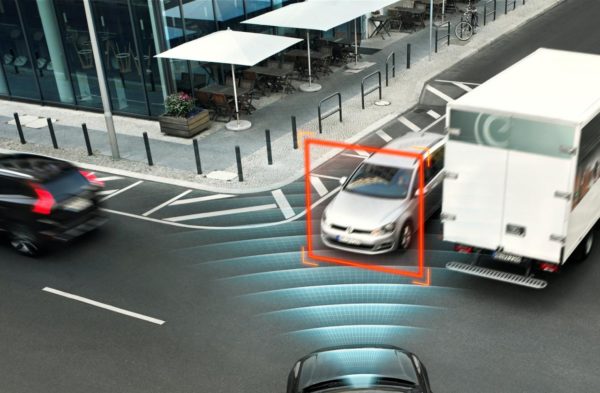 Last month’s Lamborghini crash by a hotel valet in Delhi might have scared the daylight out of supercar owners. We believe that they would be really worried about tossing their car keys to a hotel valet now. But what if there was a technology that could stop such accidents? A computer system that would automatically apply brakes when it senses an accident like situation? Although the idea sounds far-fetched, the technology is under development and we can see it in a production car by as early as August!

Volvo’s all-new XC90, which is scheduled for an official reveal in August, will offer comprehensive and technologically advanced standard safety package. The new technologies will take the company a step closer to its vision that no one will be killed or seriously injured in a new Volvo car by 2020.

The standard safety package on the all-wheel drive, seven seat premium SUV will include two world first safety technologies: a run-off road protection package and auto brake at intersection capability. These innovations will form part of a suite of safety features that will make the all-new XC90 one of the safest cars ever made.

“Our starting point on safety is the same today as it was 87 years ago: real-life situations,” says Dr Peter Mertens, Senior Vice President Research and Development of Volvo Car Group. “We study data. We crunch numbers. We innovate. The result is one of the safest cars ever made.” 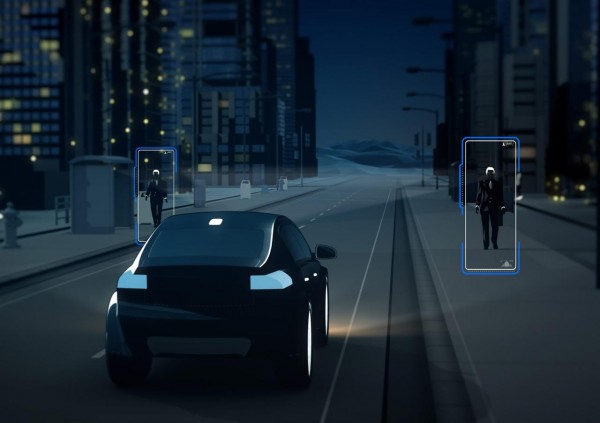 But how does the run-off road protection and auto brake technology works?

Run-off road is a common accident type with different causes, such as driver distraction, fatigue or poor weather conditions. Even though there are currently no regulatory or rating tests to examine a car’s ability to handle run-off road accidents, the company has decided to develop the technology to protect occupants, should these situations occur.

Prof. Lotta Jakobsson, Senior Technical Specialist Safety at Volvo Cars Safety Centre said, “Committing to safety is not about passing a test or getting a ranking. It is about finding out how and why accidents and injuries occur and then developing the technology to prevent them. We lead, the industry follows.”

The all-new Volvo XC90 detects what is happening and the front safety belts are tightened to keep the occupants in position. The belts are firmly tightened as long as the car is in motion.

The energy-absorbing functionality between the seat and seat frame cushions the vertical forces that can arise when the car encounters a hard landing in the terrain thus preventing spine injuries. The Lane Keeping Aid applies extra steering torque if the car is about to leave the lane unintentionally, while Driver Alert Control, which is also standard, detects and warns tired or inattentive drivers. It even has Rest Stop Guidance, which directs the driver to the nearest rest area.

The XC90 is also the first car in the world with technology that features automatic braking if the driver turns in front of an oncoming car. This is a common scenario at busy city crossings as well as on highways, where the speed limits are higher. The all-new Volvo XC90 detects a potential crash and brakes automatically in order to avoid a collision or mitigate the consequences of a crash.

The list of safety and assistance system also includes extended road sign information, blind spot information and queue assist which in slow-moving queues automatically accelerates, brakes and steers the car according to the vehicle in front.

Volvo’s vision is to design cars that should not crash. In the short term, the aim is that by 2020 no one should be killed or injured in a new Volvo car. The Volvo Cars Traffic Accident Research Team has investigated traffic accidents since 1970. Today, its accident database contains information about 43,400 accidents. By using knowledge from real traffic situations in the research, Volvo has learned how to design cars that offer a very high level of safety in collisions.

We hope such technologies also make way in other cars as well making the roads more safer to drive. What do you think of the slew of technological advances that the new 2015 Volvo XC90 will get? Share your thoughts through comments below.