The entry level model from Jaguar has been in production since more than five years now and has received a handful of minor revisions during its career. In 2011, Jaguar gave the car a comprehensive facelift, which includes front and rear styling changes that are based on the original Jaguar C-XF concept. The facelift also received interior upgrades, adaptive cruise control, and a new four pot 187 bhp 2.2-liter oil burner.

Regardless of these minor revisions, six years is a lot of time for any car to reach the end of its career and so is the case with the XF. It is a considerably well known fact that Tata Group owned British car maker is busy readying a model replacement for the XF and seen here on this page are a couple of new 2015 Jaguar XF images, which have been taken by Gaadi near Pune. 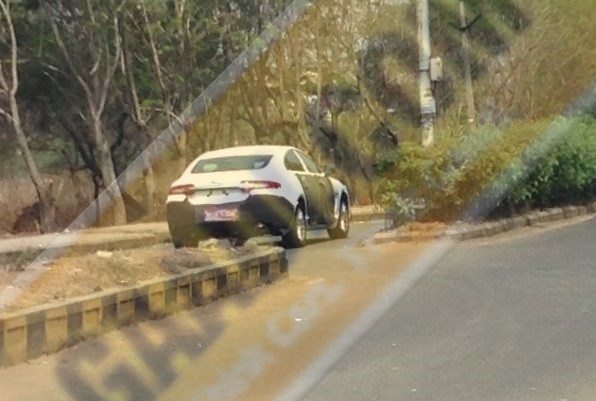 It is to be noted that Jaguar currently assembles the XF (entry level petrol and diesel variants only) at their plant near Pune. The test mule was spotted near the same facility. Although the frontal section of the car hasn’t been captured by the lens, the report by Gaadi says the headlamps on the new model feature a more aggressive styling. The car also featured a new front bumper.

Underpinning the new XF will be a stretched version of the modular iQ[Al] platform previewed in the C-X17 crossover concept at the Frankfurt Motor Show last year. This platform will also underpin the new 3 Series rival Jaguar XE, which has been announced at the ongoing Geneva Motor Show 2014. 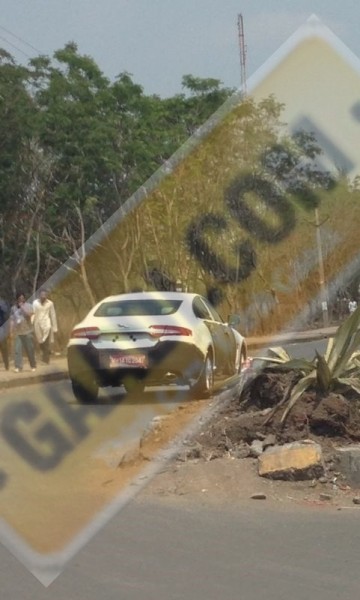 Along with a heavily revamped exterior, the new 2015 Jaguar XF will also feature revisions under the hood. New petrol and diesel options, along with the hybrid model will be on offer. In an attempt to aid performance and fuel efficiency, Jaguar will also be making use of aluminium for the construction of the car to reduce weight.

Stay tuned to Motoroids for updates on the 2015 Jaguar XF India launch and other details.