The latest gen 2014 Nissan Teana has made its Japan debut and is on display at the 2013 Tokyo Motor Show. Nissan says that the DNA of the new 2014 Teana is “Modern Living” and the new car will go on sale in Japan before the end of current fiscal. 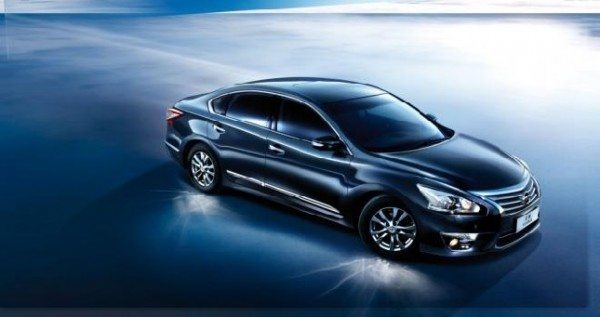 The 2014 Teana sedan was unveiled in China in late February this year and as we have been saying, is basically re-badged Altima sedan that comes across as a much better styled product than earlier. The 2014 Nissan Teana features sweptback headlights and a grille that is typical of new Nissan sedans. The car also gets a full-length character line, wraparound taillights and chrome trim.

On the inside, the car comes with leather seats, metallic accents on the dashboard and a dark wood trim. The car also comes with a new infotainment system and “zero gravity” seats that should help minimizing fatigue.

Powering the 2014 Nissan Teana is a new QR25DE engine that is mated to a Xtronic continuously variable transmission (CVT). The performance figures for the new car are not out yet but Nissan says that the new engine will deliver “responsive acceleration and excellent fuel economy.”

It is highly likely that the 2014 Nissan Teana will make its Indian debut at the 2014 Indian Auto Expo in February next year and it would be interesting to see if it would  be able to put on a better show than the last gen model, that is when it goes on sale in our country.