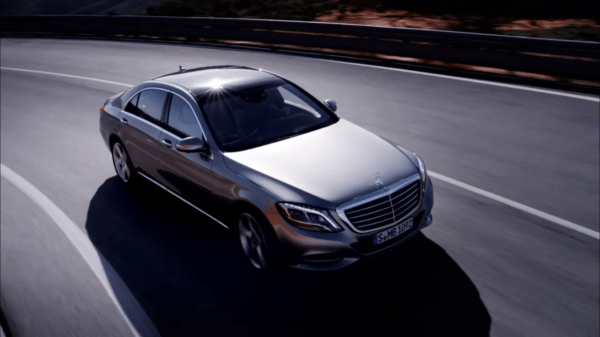 Our friends at ICB claim that the all new 2014 S-Class ultra-luxury saloon has reached ARAI for homologation. Except for the initial few cars, the 2014 S-Class will come to us via semi-knocked down (SKD) route.

Mercedes Benz India is certainly looking poised to overtake Audi India and regain its position of being the highest selling German luxury car maker in India.

The Stuttgart based carmaker, who was outsold in India by both Audi and BMW in recent past, is gradually climbing its way back to the top. The carmaker has already overtaken BMW India and from the looks of it, intends to dethrone Audi India from the top of the sales charts.

Assisting Mercedes India with this Herculean task will be a range of new car launches that would aim to up the ante in their respective segments. The carmaker has already launched the B Class and the A Class in India and we all know that the highly anticipated CLA Class is headed our way. The CLA will become the new entry level sedan in Mercedes India’s line up and is likely to open gates to a new segment of Indian premium car market.

Also coming to us this year would be the all new 2014 Mercedes S Class that was unveiled a few months back. The new 2014 S Class looks poised to become the next big thing in opulence, safety and style. The new gen S Class comes ‘overloaded’ with gizmos and has features such as seats with ENERGIZING massage system, integrated telephone for rear seats and a high end Burmester® High-End 3D Surround Sound system with 24 high-performance speakers and 24 separate amplifier channels with a total output of 1540 watts with a set of 12.3 inch TFT screens for in car audio visual entertainment among others.

A new feature called AIR-BALANCE package takes care of perfume atomisation in 4 different fragrances, ionisation and efficient filtration inside the car. The THERMOTRONIC automatic climate control in the rear has two additional cooling zones. The new car benefits from ROAD SURFACE SCAN (optional) that detects undulations in the road surface through the stereo camera and the MAGIC BODY CONTROL tunes up the suspension to tackle the changing surfaces in real time. The standard equipment for the new S-Class reads an Adaptive Damping System ADS PLUS and an improved version of AIRMATIC full air suspension system.

It is expected that making its Indian debut with the new S Class would be a new 4.7 litre twin turbo V8 pumping out 455 bhp and 700 nm of torque. Also expected is a slight price increase for the S Class. However, the additional features, more safety and more style would more than justify this.

We just can’t wait to drive (and to be driven around) in the new 2014 Mercedes.