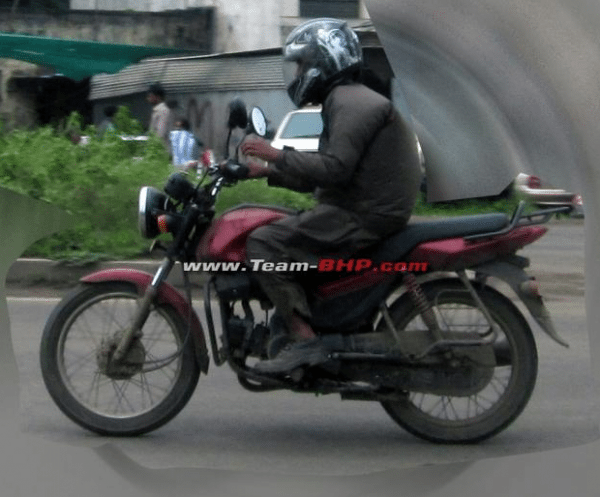 It has emerged that the boffins at Mahindra Two Wheelers, one of the newest entrants in the highly competitive Indian bike market, are in no mood to rest on their laurels after having launched the much appreciated Centuro commuter bike.

The upcoming Pantero base model would be deprived of the bikini fairing and would get a round headlamp. Apart from this, the cut-price Pantero would also miss out on digital speedo, alloy wheels and the electric starter.

With the launch of the new base model, the Pantero will be sold in as many as five variants and details of current variants are as follows-

This means that the upcoming variant, which is likely be called as Pantero T5, would be priced significantly lower than the INR 44000 mark and would become one of the lowest priced bikes in the market today.

All the variants of the Pantero are powered by a 107cc four stroke single cylinder engine that has a peak power output of 8.5 PS @ 7,500 rpm and peak torque figure of 8.5 Nm @ 5,500 rpm. The motor is mated to a 4 speed manual gearbox. Mahindra claims that the engine has a fuel efficiency of 79.5 Kmpl.

It would be interesting to see if the upcoming Mahindra Pantero T5 base model would be potent enough to give the entry level bike a better showing on the sales charts.