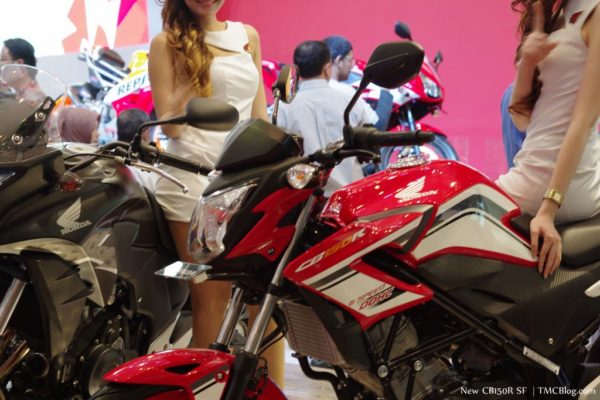 The naked motorcycle market seems to have grabbed a lot of attention. More and more manufacturers are introducing the naked avatars of their fully faired motorcycles as these products are more convenient to ride within the urbanscape. Recently, we saw Kawasaki introduce the naked variants of the Ninja 300 and Ninja 650 as Z250 and ER-6n respectively in India. 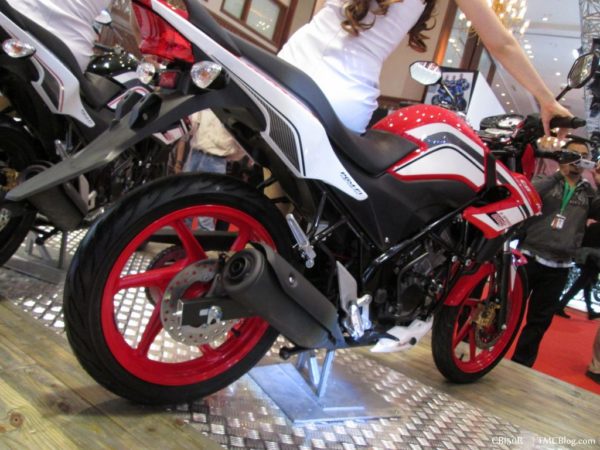 Now, building on its CB150R Streetfire nakes, the Japanese two-wheeler major showcased the 2014 variant of the motorcycle at the Indonesia Motorcycle Show 2014, the naked variant of its entry level sports motorcycle, the CBR150R, at this year’s Indonesia Motorcycle Show. For starters, the new variant of the CB150R gets new graphics and a new engine under cowl for 2014. Besides the usual bits, the red CB150R also gets body coloured rims. We wish they would have painted the frame red instead of the wheels though. The exhaust also gets a mono colour treatment with the heat shield painted black, same as the canister. Rest of the motorcycle remains more or less the same. 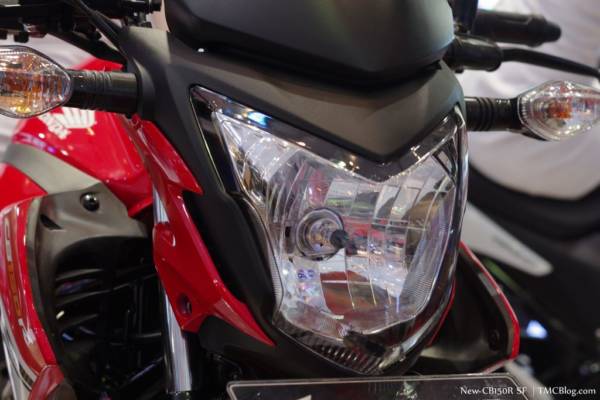 The CB150R is powered by the same 150cc liquid cooled engine that produces 17.5 bhp of power and 12.5 Nm of torque that is found on the CBR150R. The CB150R never made it to India as Honda somehow didn’t deem it fit enough for our market. But with the rise in demand for affordable entry-level performance motorcycles, we feel that it would be a great idea to introduce the CB150R in the Indian car market.

Would you like to see the CB150R in India? Share your thoughts and opinions with us through comments below. Stay tuned to Motoroids for more updates from motoring industry.