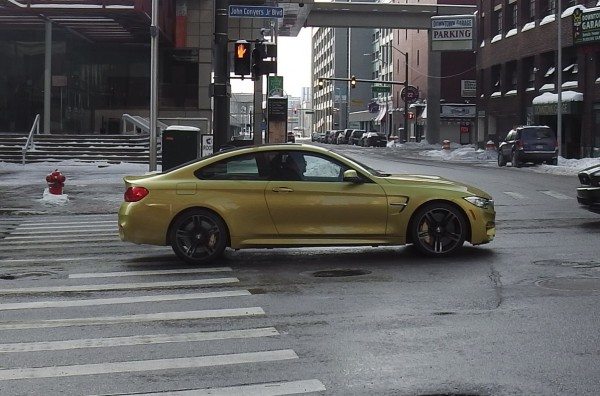 Enough has already been reported about the new 2014 BMW M4, which is just sometime away from making its public debut at NAIAS 2014 in Detroit. However, just when we were preparing ourselves to greet the M4 at the fast-approaching auto show, the new coupe gave us a surprise of sorts by getting caught cruising in downtown Detroit!

Under the hood of the 2014 BMW M4 coupe is an inline-six TwinPower Turbocharged 3.0-liter engine that has a max power of 431 HP and peak torque of 550 Nm. Compared to the M3 coupe, the new M4 is around 25 percent more fuel efficient. A part of this can be attributed to the weight-saving measures taken on the BMW M4. For instance, the CFRP roof helps the coupe to shed as much as 6 kgs. BMW says the M4 can average 26.7 mpg  in US cycle  with the manual transmission and 28.3 mpg in US cycle  with the DCT.

For the 2014 BMW M4 coupe, the engineers at Bavarian auto maker reworked the MacPherson strut front and multi-link rear suspension by using lightweight components, which have reduced unsprung masses and increased rigidity at the same time. The M4 rides on 18-inch alloy wheels wrapped around in 255/40 front and 275/40 rear tires. The car can also be ordered in bigger 19 inch wheels. 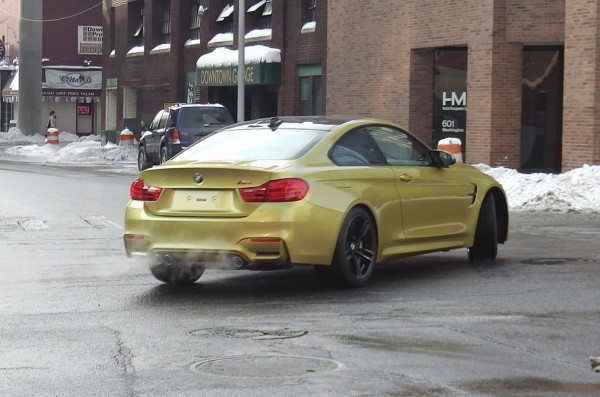 The BMW M4 is capable of dismissing 62 mph from standstill in just 4.1 seconds when fitted the optional 7-speed M DCT. Standard six speed manual gearbox will take 4.3 seconds for the same. Top speed is electronically limited to 155 mph (250 kmph). However, the M Driver’s Package raises the limit to 174 mph (280 kmph). 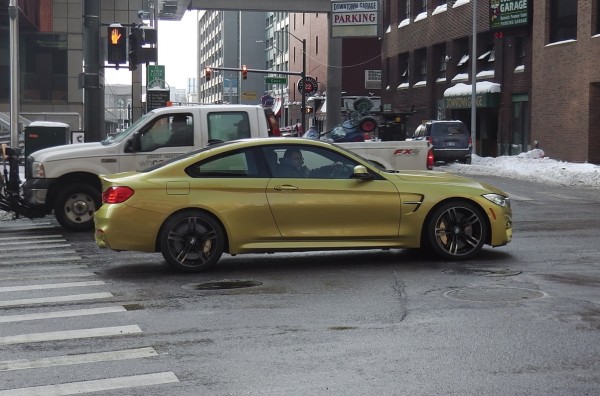 The new BMW M4 Coupe will be assembled in Munich and as we said earlier, the new Bimmer will make its public debut at the 2014 North American International Auto Show in Detroit shortly.