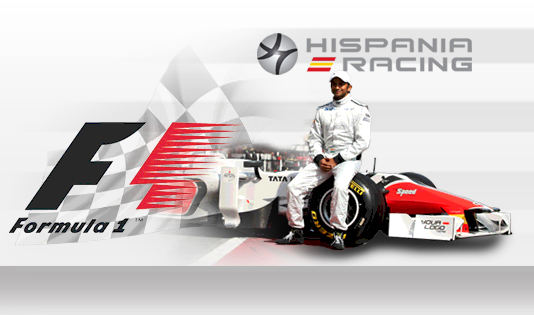 Narain Karthikeyan is all set to represent Hispania Racing Team and take on the Singapore Grand Prix at the first practice session which is scheduled for September 23rd 2011. Karthikeyan who was replaced by Australia’s Daniel Riccardio after first eight races will be back in the racing seat and will also be seen at Indian Grand Prix scheduled for October in Noida’s Buddh International Circuit. Narain Karthikeyan will be seen in an F1 car at practice sessions along Singapore’s 5.073 km Marina Bay Street Circuit. Mr. Colin Kolles, Hispania Team Principal said that it was good that Karthikeyan was back in driving action just before the inaugural Indian Grand Prix.  He said that Karthikeyan was not only talented but has also proved to be consistent in his performance.

Karthikeyan too was very happy to be behind the wheel and was looking forward to Indian Grand Prix. Commenting on Singapore’s race, Karthikeyan said that temperatures and humidity and a bumpy street circuit was likely to be a challenge but will gear him up for a spectacular show in India, come October. At present, Narain Karthikeyan has the distinction of being the first confirmed Indian driver who will race on home ground.