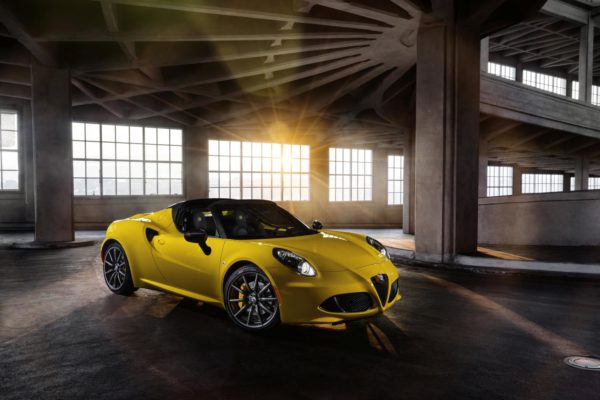 The production version of the Alfa Romeo 4C Spider has been unveiled at the 2015 North American International Auto Show in Detroit. Similar to its Coupé sibling, the Alfa Romeo 4C Spider is built around a lightweight monocoque chassis, comprised entirely of unilateral, “pre-preg”, carbon fibre layers that delivers material performance that is three-times stronger and seven-times lighter than steel. 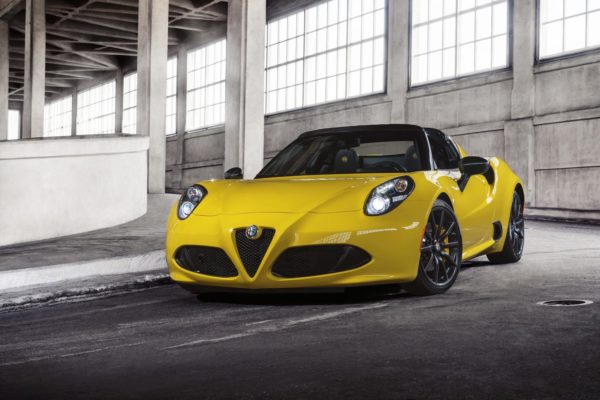 Alfa Romeo engineers were able to minimise structural differences between the 4C Spider and 4C Coupé. The 4C Spider features a unilateral carbon fibre windscreen frame that is adhered and bolted to the monocoque chassis; a specially-contoured aluminium rollover bar (underneath the “halo”) which provides mounting points for the new rear deck-lid; unique upper body brackets and a high-strength steel engine compartment cross beam to maximise torsional rigidity. 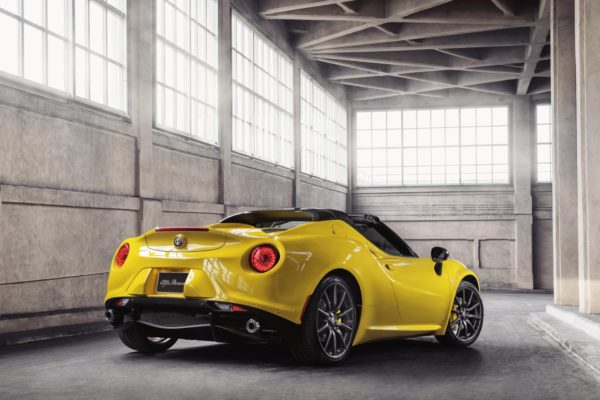 The Alfa Romeo 4C Spider shares much of its exterior design with its Coupé sibling. The changes are focussed purely on the metamorphosis from fixed- to open-top. The rollover structure is housed in a black (or optional carbon fibre) “halo”, creating visual harmony with the carbon fibre windscreen frame, where the attachment points for the removable, stowable cloth roof (or optional carbon fibre hardtop) can also be found. 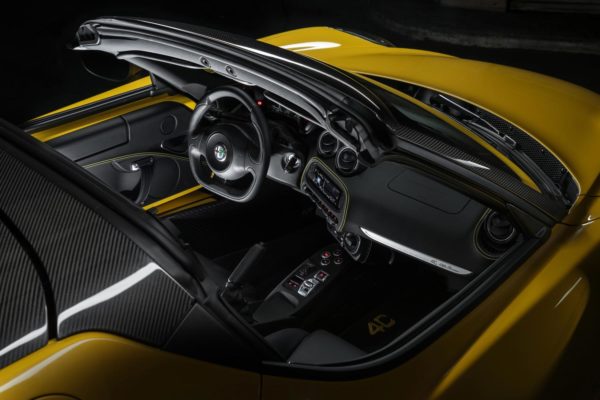 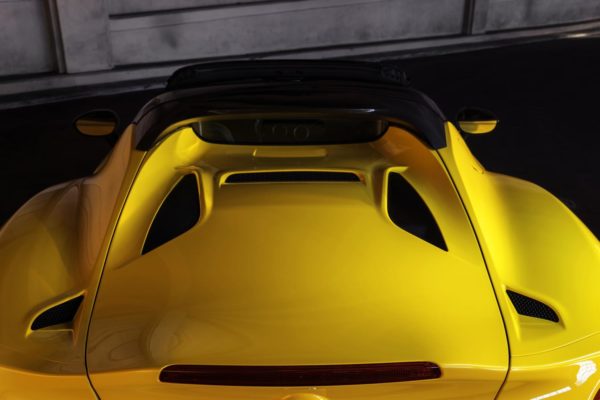 Powered by the same, all-aluminium, 240hp, 258 lb.-ft., 1750 TBi engine as the Coupé, performance for the U.S. model is on a par with the hardtop model, with a top speed of 160 MPH and a 0-to-60 MPH time estimated at 4.1-seconds. For the North American market, the Alfa Romeo 4C Spider is designed with stiffer springs, larger front- and rear-anti-rollbars, and re-tuned shock absorbers. The technical specification of European models will be announced closer to its launch later in the year. 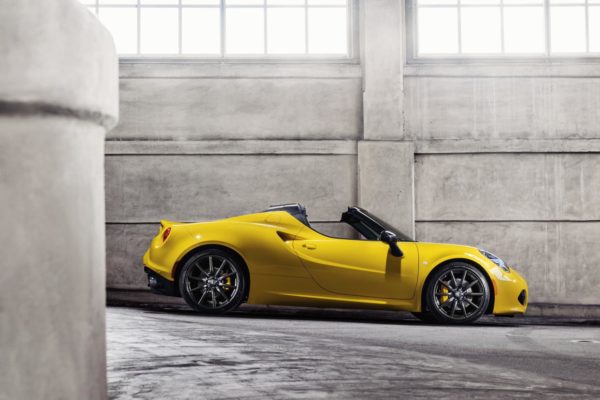 The Alfa Romeo 4C Spider was designed by Alfa Romeo Centro Stile will be produced at the Maserati plant in Modena, Italy. It will go on sale in the UK in the summer, with prices and UK specifications announced closer to that time.