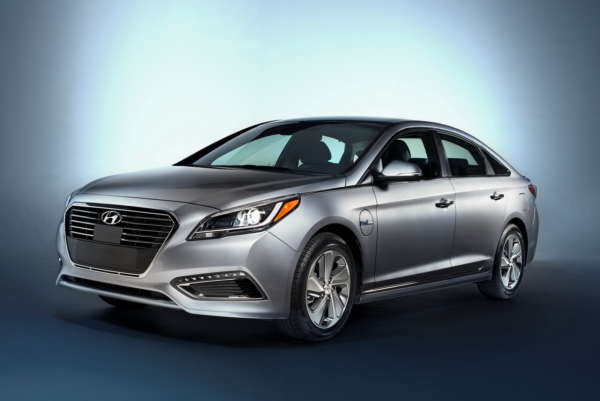 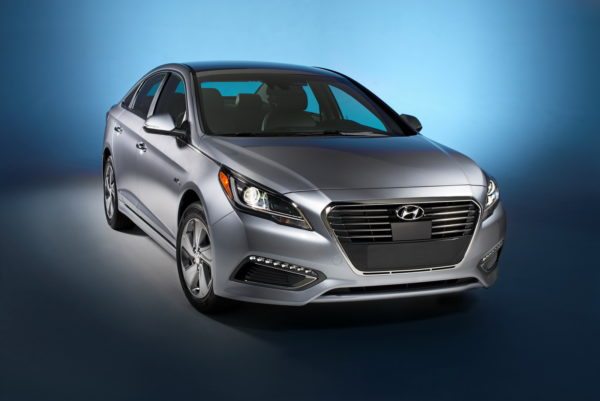 The Transmission-Mounted Electrical Device (TMED) is a 50 kW electric motor that’s used in place of a torque converter and is 32 percent more powerful than the one in the Sonata Hybrid, allowing for all-electric operation at higher speeds. The internal combustion engine is the same 2.0-liter four-cylinder GDI direct injection petrol unit that’s also used in the Sonata Hybrid. It puts out 154hp and 140 lb-ft of torque and is mated to a six-speed automatic transmission. Total output of the Sonata PHEV is 202hp at 6,000 rpm. 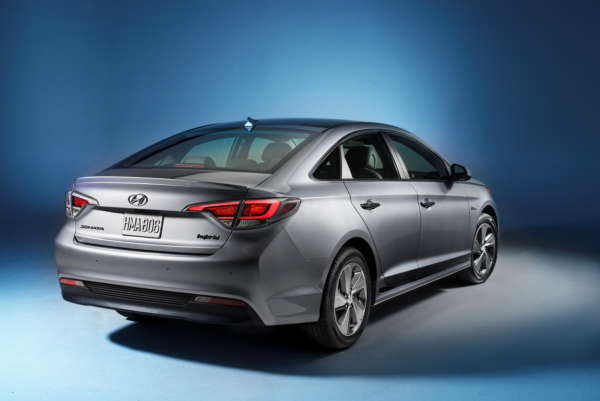 Hyundai claims that, based on internal estimates, the Sonata PHEV will deliver 93 MPGe combined in EV mode, and 38/43/40 mpg city/highway/combined in charge sustaining mode. Recharging takes from two and a half hours using a 240V charging station to five hours via a standard 120V power outlet. Like the Sonata Hybrid, the PHEV version boasts the same design changes to not just differentiate them from the conventional models but, more importantly, lower the drag coefficient to a class-leading Cd of 0.24. 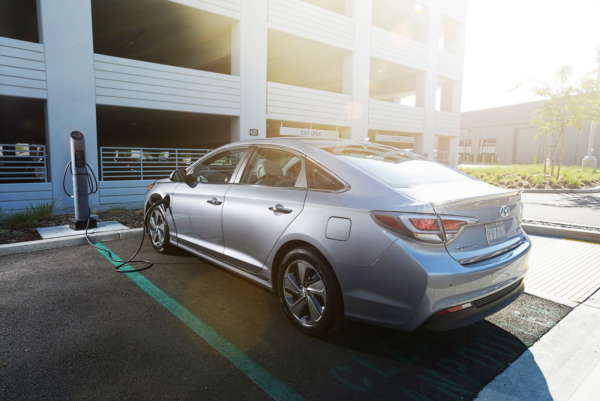 The Sonata PHEV features a charging port on the driver’s side front fender, an unique grille, front and rear bumpers, front and rear lights, chrome sill, new wheels and Hybrid logos. It will also be available in two exclusive colors, Graphite Blue Pearl and Seaport Mist. Owners will be able to monitor and manage the Sonata PHEV remotely via the Blue Link smartphone app, which allows them to select when to stop or start charging and set up a charging schedule during the week, even setting the time frame of their choice.