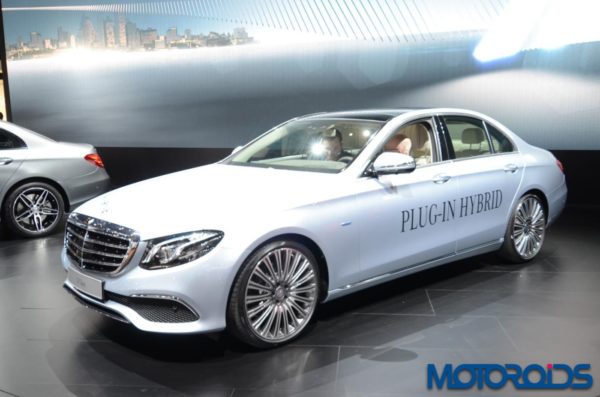 “The E-Class is the core of the Mercedes-Benz brand and in the past has repeatedly redefined the standards in the business-class segment. Now it carries this tradition into the future with a wealth of top-class innovations. The new E-Class takes another major step towards fully autonomous driving. In addition, it enhances efficiency, safety and comfort, reduces the stress level when driving and intensifies motoring pleasure,” said Prof Dr Thomas Weber, Member of the Board of Management of Daimler AG, responsible for Group Research and Mercedes-Benz Cars Development. 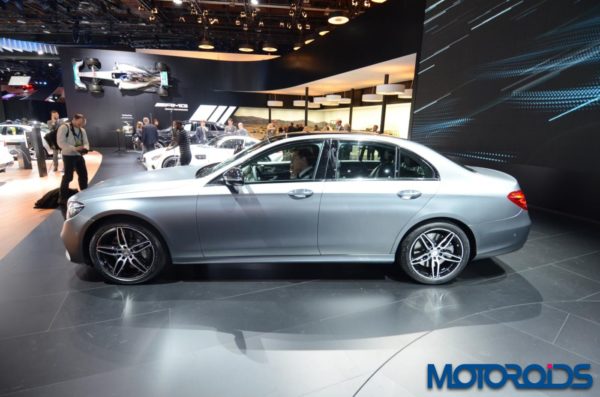 The new E-Class is bigger compared with its predecessor. The wheelbase of the executive saloon has grown by 65 millimetres (2939/2874), and its overall length by 43 millimetres (4923/4880).  The extended vehicle body is characterised by short overhangs, a long wheelbase, large wheels and taut well-defined flanks.The base version features the classic Mercedes radiator grille with the star on the bonnet, as does the EXCLUSIVE line – albeit in an even more elaborate fashion. The AVANTGARDE and AMG Line models are identifiable by the sports radiator grille with a large Mercedes star as its centrepiece. 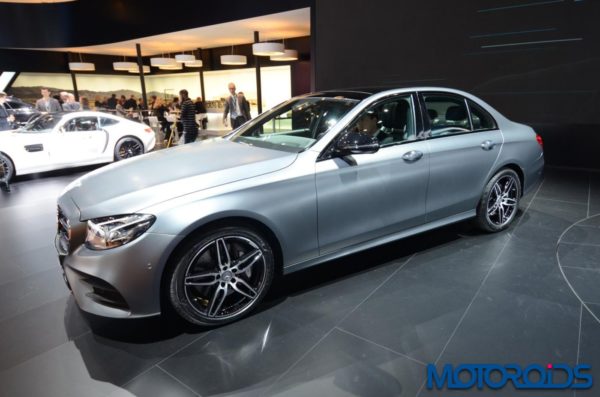 The interior of the new E-Class includes two optional next-generation high-resolution displays, each with a wide screen diagonal of 12.3 inches – a first in this segment. Beneath their shared glass cover, the two displays visually conflate into a wide-screen cockpit that contains a large display with virtual instruments in the direct field of vision of the driver as well as a central display above the centre console. The driver can choose between three different styles to select their preferred design for the wide-screen instrument cluster:  “Classic”, “Sport” and “Progressive”.

In addition, touch-sensitive control buttons (‘Touch Controls’) on the steering wheel make their first appearance in a car. Like a smartphone interface, they respond precisely to horizontal and vertical swiping movements, allowing the driver to control the entire infotainment system using finger swipes without having to take their hands off the steering wheel. 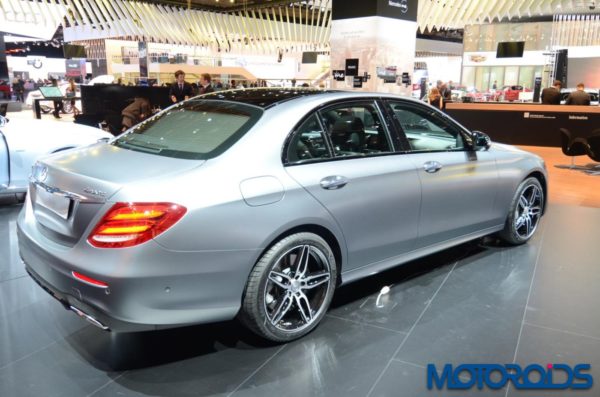 Further controls for the infotainment system are provided in the shape of a touchpad with controller in the centre console, which can even recognise handwriting, and the LINGUATRONIC voice control system. There are also direct-access buttons for controlling functions such as the air-conditioning system or – in another first – for convenient activation and deactivation of certain driver assistance systems.

The rear bench seat in the new E-Class Saloon comes with the option of a three-piece backrest with a 40% – 20% – 40% split, making it exceptionally versatile. Integral features of the centre armrest include a stowage box and two pop-out drinks holders. There is also the option of a holder for a tablet PC for the rear passengers. 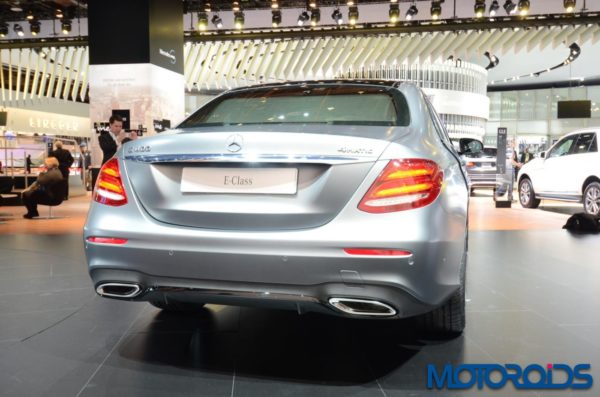 The new 2016 E-Class will eventually be sold with a choice of up to eight engines globally. The engine options nclude a turbocharged 2.0-litre petrol engine with 181bhp in the E200 and an all-new 2.0-litre diesel with 192bhp in the E220d. The diesel line-up will expand to include a base E200d running a detuned version of the new 2.0-litre engine with 148bhp. All the engines will be mated with the new 9G-TRONIC nine-speed automatic transmission as standard.