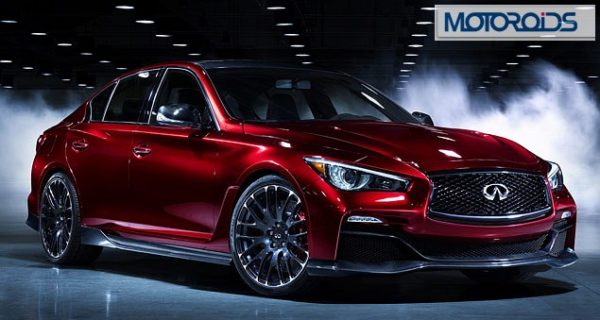 It has emerged that the recently revealed Infiniti Q50 Eau Rouge Concept won’t just remain a design study and could very well spawn a “future powerful product line“, or at least that is what the manufacturer announced at the back of NAIAS 2014 today.

Brand boss Johan de Nysschen even added that the production spec Q50 Eau Rouge could have more than 500 hp, which means that the car could be decidedly more lethal than the BMW M3 and the likes. The BMW M3 is powered by a six-cylinder twin-turbo-engine that has a max power of 425hp. 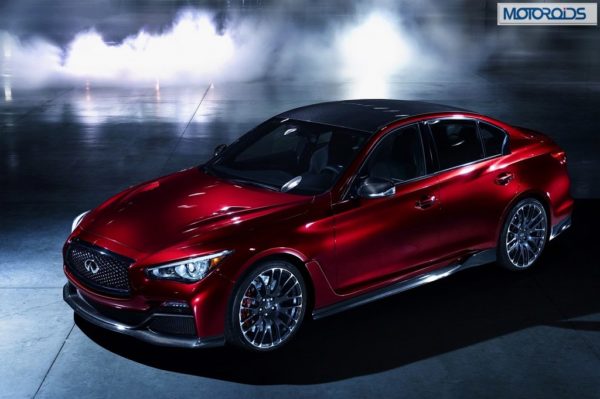 “If we built this car I would expect it to feature over 500hp and 600lb/ft of torque,” said Nysschen. “Through our various alliance partners we have access to a range of engines featuring this performance capability which, with a fair amount of engineering effort, can be developed to exhibit Infiniti character and accommodated within the Q50 engine bay. The engine we are evaluating for the Q50 Eau Rouge is a big personality, V-cylinder engine with forced induction. I think our engineers have been waiting for a project like this,” he said.

While powertrain for the new Infiniti Q50 Eau Rouge is yet to be finalized, the exteriors and interiors of the car have seen plenty of revisions over standard Q50. The design study boasts of an aerodynamic carbon fiber bodywork with “ Infiniti Red Bull Racing Formula One design influences“! 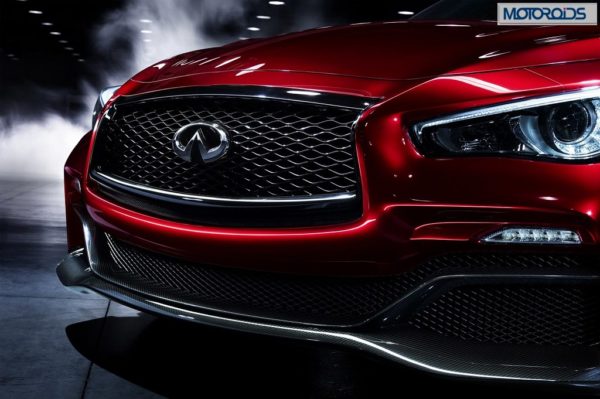 “The design has a number of distinctive Formula-One inspired touches. In particular, the sculpted front wing assembly and the rear aerodynamic packaging take their cues from the RB9 race car. The rear fog light packaging is unmistakably Formula One,” said Alfonso Albaisa, Infiniti’s Executive Design Director.

“The Q50 Eau Rouge is a combination of the seductive lines of the Q50 but with a fiercer design urge in keeping with a high-performance vehicle. The Q50 Eau Rouge is Infiniti to the power of four; like a bull with its shoulder muscles flexed, a bull in Infiniti clothing,” Albaisa added.

On the inside, the car sports several carbon-fiber colored highlights, a high-grip sports steering wheel and Formula One-style paddle-shifters.