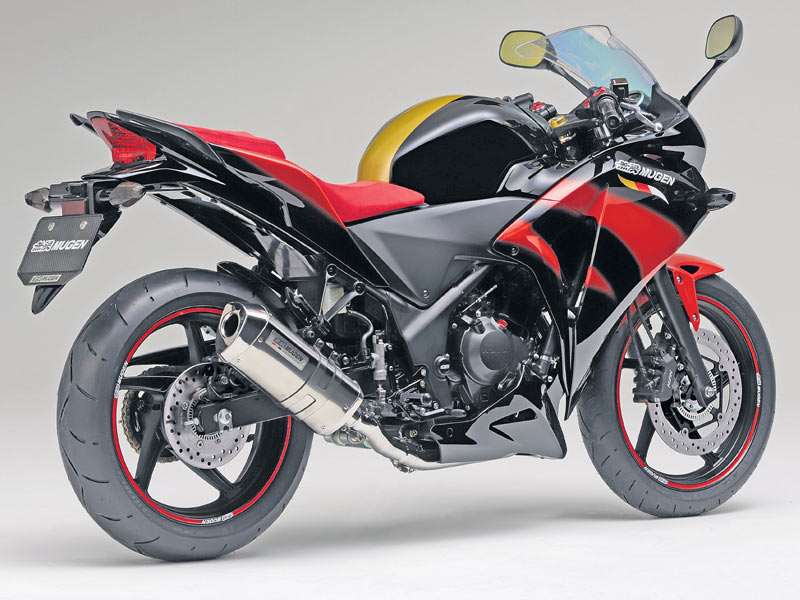 Famous Japanese tuning houses Mugen and Moriwaki have tuned the recently unveiled Honda CBR250R. The tuners have given the bike a performance and visual makeover.
Mugen CBR250R
Mugen is known to always paint the bikes tuned by it in black and red colour scheme. There are other subtle changes to the bike as well. Mugen have replaced the stick exhaust with their own stainless steel pipe which pumps up the power output slightly. Visually, the seat has been been done in red Alcantara seat cover and the wheels have stripes on them. The bike also gets rearsets, done in black and a number of Mugen styling parts like the alloy oil filler cap and crash bungs along with an iridium coated windscreen.
Moriwaki Honda CBR250R
The Moriwaki CBR250R too is essentially the same job as Mugen with changed paint scheme (in Moriwaki colours) and an inclusion of custom exhaust and rearsets.