The racing scene in India will be kicking off with a bang this year. MRF has announced it will be hosting the International Challenge 2010 at the Madras Motor Race Track at Sriperumbudur in Chennai. The event will be held across three consecutive Sundays starting from the 31st of January, then on the 7th of February and finally bending on the 14th of February. The International Challenge promises to the biggest motorsport initiative undertaken by the tyre manufacturer. At the International challenge 2010, spectators will get to witness the nation’s best racers competing for motorsport glory in as many as seven categories. Thje star attractions for on the event days will be the MRF Formula 1600 cars and the superbikes.

The different catogories in which motorcycle racers can compete are the Underbone class (engine capacity 130cc and below), Indian bikes class (165cc and below 4 stroke) and the regular 2 stroke categories. There’s some more good news for budding racers. Yamaha Motor India has already provided 20 Undebone category motorcycles to the organizer. Superbikes will also be in action as there will be a classes and races for the same. The category will also witness participation from foreign riders. The different classes for cars comprise of the Super Saloon cars, Race Star cars and the Mrf Formula 1600 class. This racing initiative by MRF will be good for motorsports in India as it will attract mainstream media coverage and help our desi racers in comparing their racing technique with the intrernational racers. 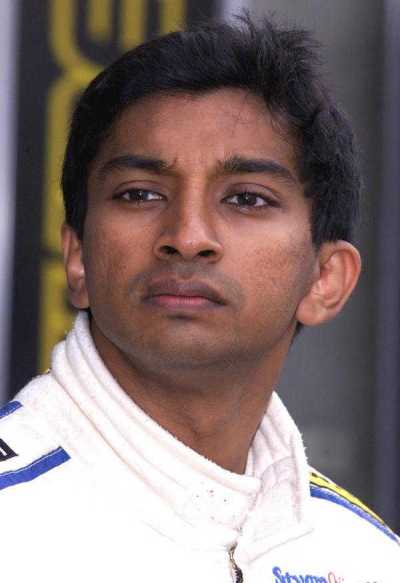 Meanwhile, MRF has signed up Narain Karthikeyan as their ‘Racing Brand Ambassador. The country’s sole racer to have competed in F1 has said that it is an honor for him to represent MRF Tyres and join their efforts to take motor racing to the next level in India. JK Tyre had supported Narain financially since his early motorsport days. When questioned by the media about Narain’s sudden switch in loyalties, Snjay Sharma, Head of Motor Sport, JK Tyre, commented that Narain was their prodigy from the time he began racing and now that he has opted to leave us, we only wish him well and are happy for him. Hmm. That surely is a very diplomatic reaction to a deep emotional wound!