The Indian army may never even have dreamt of the HMMWV aka Humvee as its primary transport owing to its flat bottom, low weight, low ground clearance and aluminum body. However, the American Army finds these descriptions perfect for its heavily armored military vehicle. However, the Humvee is an inevitable victim to certain dangerous situations such as a remotely-detonated Improvised Explosive Device, or IED which is responsible for maximum soldier casualties in Iraq. As a solution for this, the military hunted for a new vehicle that could serve better in its present period of modern warfare. 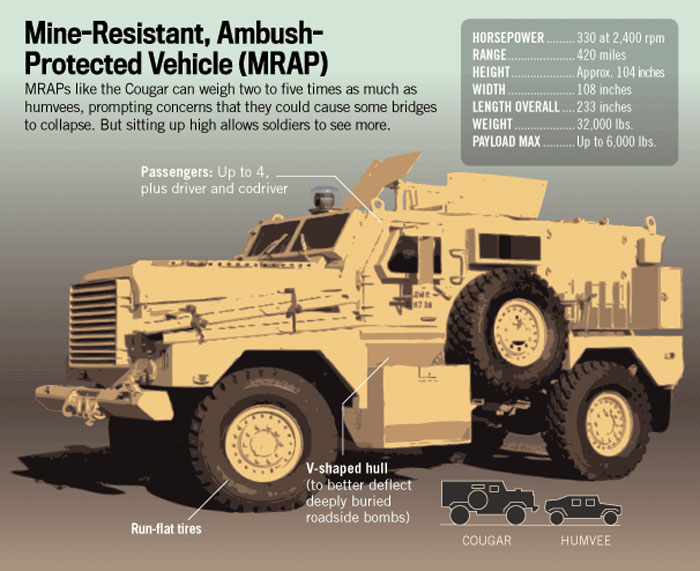 During this hunt, the US Army came across the MRAP which stands for Mine Resistant Ambush Protected vehicle. The vehicle is heavily armored and raised high above the ground a features a V-shaped hull underneath which is believed to help divert the impact of a blast from the passenger compartment thus, providing maximum possible safety to the soldiers.

By the month of September, 5,250 MRAPs are expected to be used in Afghanistan by the Pentagon. In a testimony recently submitted to the Congress, Major General Thomas Spoehr stated, “Commanders consistently report that MRAPs, with their V-shaped hulls and added armored protection, are saving lives and reducing casualties.” 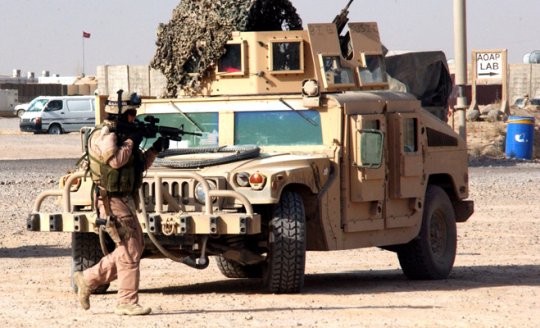 According to various sources, the Army will purchase about 2,600 more Humvees in 2010 which will make the total figure of Humvees to about 150,000 units. The last new Humvee will reportedly be ordered sometime in April. These Humvees will remain functional in all those areas for non-combat purposes, especially in places which are free from the use of IED.

Surprisingly, the USA Today reported that Marine Corps Commandant James Conway confirmed the fact that the Marines are looking out for a way to introduce the V-shaped hull into the classic Humvee to make it safer for the soldiers.