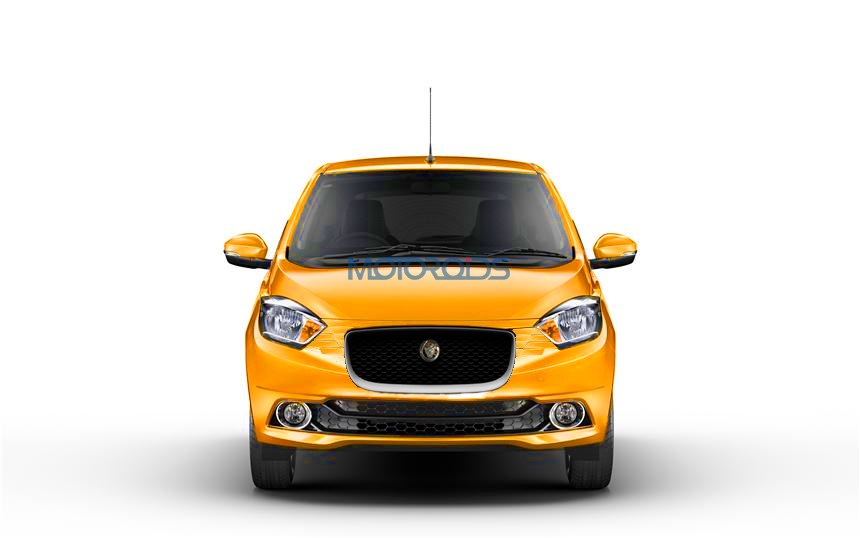 The upcoming Tata Zica has already revealed itself in all its glory through official images, and as we write this, our man is in Goa, sampling the tasty looking small hatch from Tata at the official media event. We will soon be brining you live images from the event location, followed by the most exhaustive review of the car.

In the meantime, avid Motoroids reader Jayesh Haryani has let his imagination loose and created a render of the Zica with a Jaguar grille. The smallest member of the Tata passenger car family fused with the nose of the most premium group brand – we’d like to congratulate Jayesh for this interesting experiment.

Update : A couple of days after sharing the Jag snouted Zica with us, Jayesh has now sent us an image of the side view of the car. 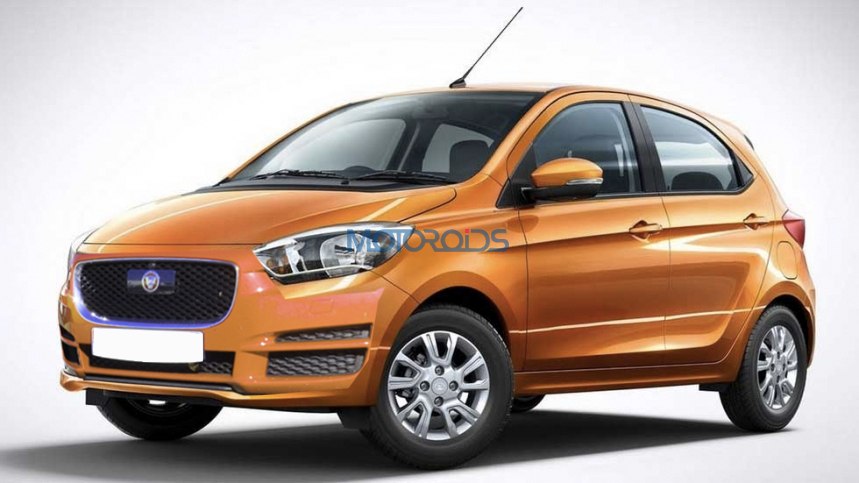 Jyesh thinks that the Zica has drawn inspiration in places from Jaguar to accomplish its smart lines. Interestingly, he also believes that he hasn’t done a particularly great job of fusing the two brands, but considered going ahead with the experiment anyway. “I just made some really bad nose joint of two. Check it out”, he wrote to us in his email. He’s working on the side look as well, and may share the design with us soon.

“When you look at side angle, you will observe the nose drops down in a straight line. Just observe a Jaguar from front three quarters and you will see the same lines.  Also, check out the bonnet lines coming from windshield to nose on both cars. It starts almost the same in Zica but then is toned down towards the nose”, he adds while explaining the similarities between the two cars. 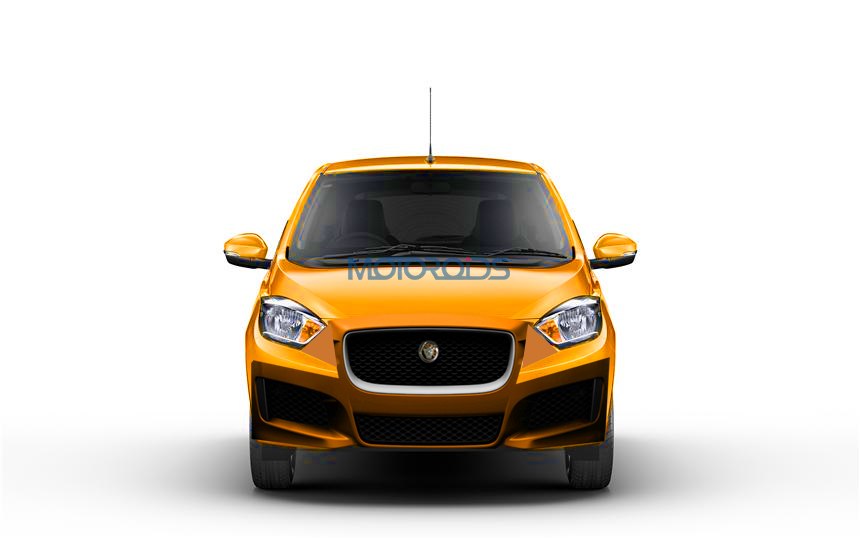 There are two versions of Jayesh’s ‘Zicauar’ render. The first version lends the Tata compact the Leaping Cat grille but carries on with the standard bumper and the standard air dam with its two curved slats and honeycomb mesh flanked by fog lamps.

The second render is a more aggressive take on the design with the bumper and the air scoops / dam having been totally replaced by more aggressive, jag derived units. Here, the Zica loses its horizontally themed single air dam to a smaller central air dam, which is flanked by two massively aggressive air scoops. The bumper also gets extended ‘wings’ on the sides to lend the puny Zica an overdose of muscularity.

Now, the design may not exactly please the lovers of proportions and balance, but Jayesh deserves a pat on his back for his enthusiastic endeavour nonetheless.

“Also, I read your blog quiet a lot. Thanks for bringing the coverage” says Jayesh, concluding his email, bringing a smile on our faces.

Do let us know your views on the renders. Also, what would you rather change on the Zica’s design? Share your thoughts with us; we’d be really keen to discuss the design of the smart new hatch from Tata Motors with our readers.