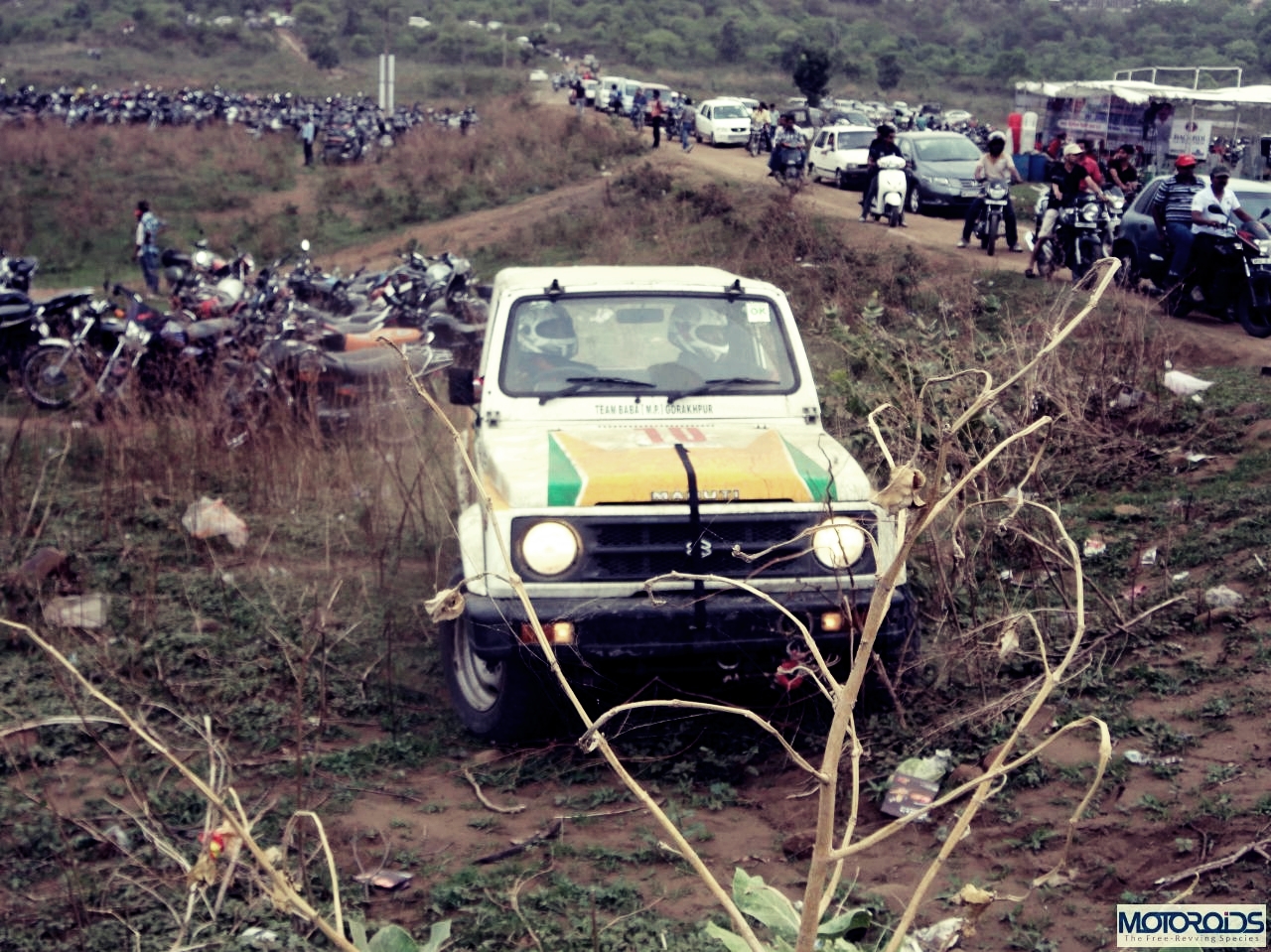 Motorsports scene is fast developing in India. While it has only been close to a year since we have the Buddh International Circuit to host international events, car rallying has always been there to fuel the dreams of many Indian driving enthusiasts. Talking about car rallying events, these are fast trickling down to non-metro and less popular towns of the country. One no longer needs to be in Delhi, Mumbai, Bangalore or Chandigarh to take his tuned car to a rally circuit and play Colin McRae. 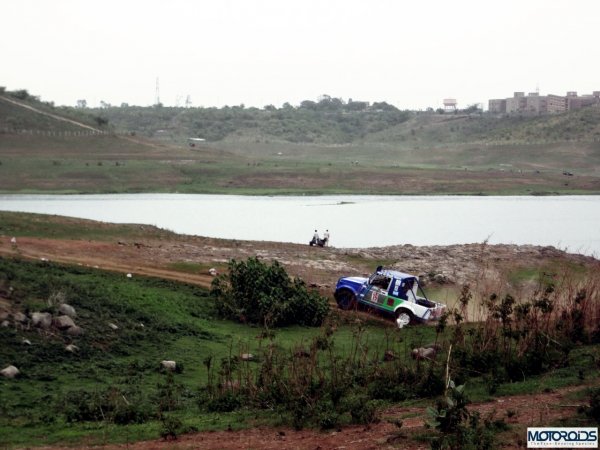 Now, working on a vacation and on a Sunday morning has always been hated by me but thanks to the excitement of covering a car rally event in Bhopal, I found myself calling a few friends for company, borrowing a bike and heading to the nearby rally ground. What followed were a few hours spent in high temperature, blazing sun and listening to the exhaust notes of a dozen rally prepped cars. The 2012 edition of Mud Challenge Rally was held at the Kaliyasot dam of the quite State capital yesterday. 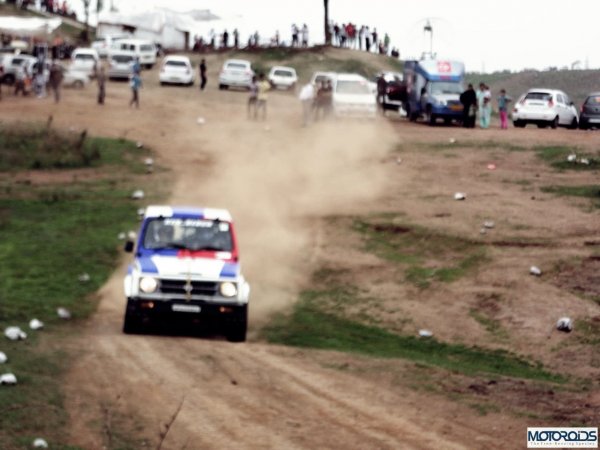 The Akbar Mohammad Khan memorial mud rally challenge that was organised by Sports Promoters Group is one of the most awaited and popular adventure sports activities in the city. The scene was dotted by at least a thousand people and the race started around 10 am. While the event saw cars making their way thru dirt tracks, mud trenches and some patches of wild greenery, it was the way that the event was (mis)organized that caught my attention. 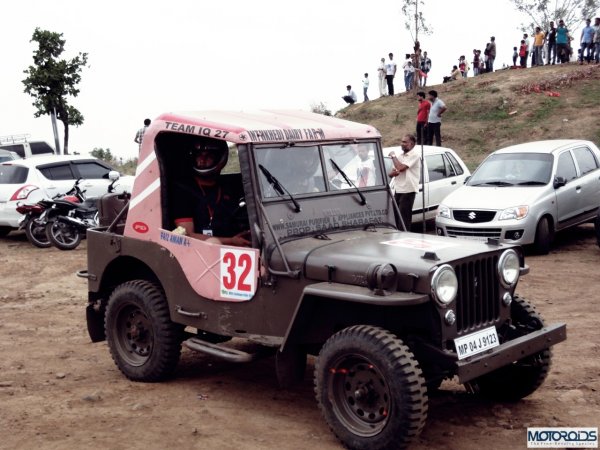 Viewers were seen taking their vehicles to the track itself (!) and there were some traffic(?) cops to prevent spectators from driving/walking on the track.

Cars ran in 2 categories- petrol and diesel and everything from Maruti Gypsy to a Willys Jeep, with a 800 thrown in, were seen battling it out against each other.

The event was chaired by former Chief Secretary AV Singh.

Adil Khan and Aamir Baig stood first in diesel category with 17.27 penalty marks and the petrol category was won by Farhan Khan.

Prizes were distributed by leader of opposition Ajay Singh.

While nothing but chaos and mismanagement was seen at the event, the good thing is that everybody seemed to be having fun and frankly, that is what matters. No? 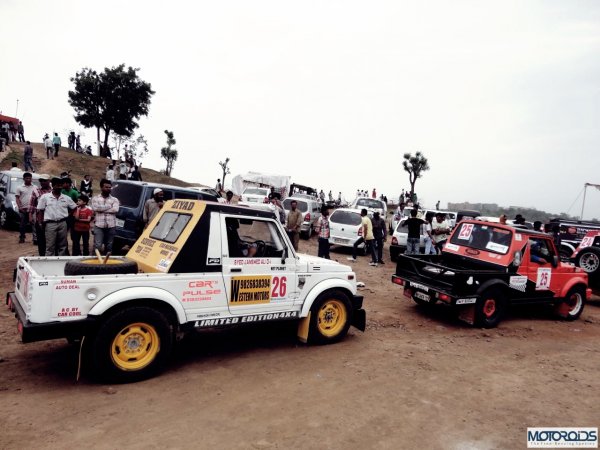 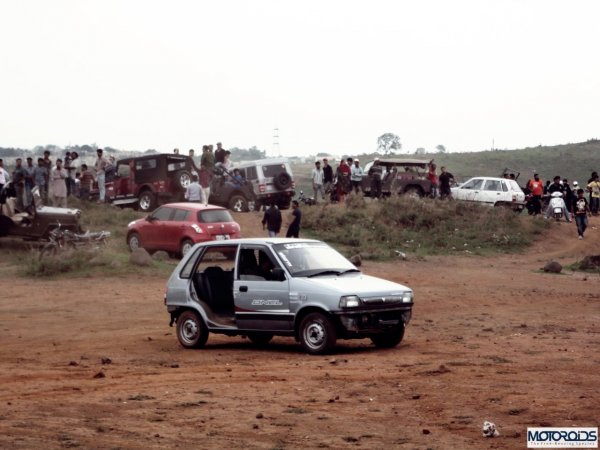