Home News MOTO GP: Riders can now qualify in the warm up session 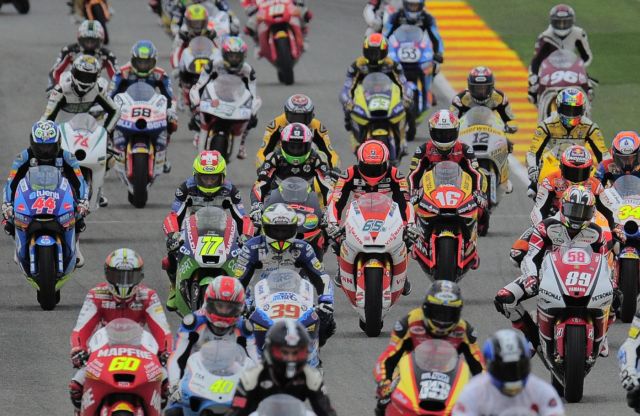 DORNA recently announced some changes for the upcoming season of MotoGP. For those who are not aware, Dorna Sports, S.L. is the commercial rights holder for the above mentioned  premier motorcycling sport. As per the new recent rules, riders who are unable to qualify during the qualifying session are now allowed to make their entry into the grid if they post a lap time equal/faster than 107% of the fastest rider’s time in the warm-up session. Earlier, a similar rule existed for free practice session and with the inclusion of warm up session, the qualifying can now be done in all sessions.

Other updates includes change in the minimum weight limit which has now been increased to 157kg from 153kg for 2012. The limit will be bumped up to 160 kg for 2013. Also, as many as 9 CRT teams have been given the green signal by the GP Commission to participate with the 12 factory MotoGP teams. Simply speaking, we now will see a grid of atleast 21 bikes in 2012.