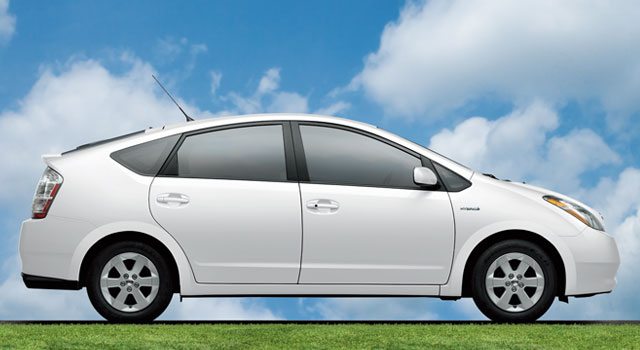 Last year, hybrid vehicles accounted for 14 percent of TMC’s global vehicle sales and 40 percent of its vehicle sales in Japan. As of this month, TMC sells 19 hybrid passenger car models and one plug-in hybrid model in approximately 80 countries and regions around the world, and between now and December 2015, TMC will launch a total of 18 new hybrid vehicles worldwide and is committed to augmenting its product lineup even further and increasing the number of countries and regions where it sells hybrid vehicles. This expansion is based on TMC’s ultimate objective of promoting hybrid vehicles as a mass market adoption option and its underlying philosophy that environment-friendly vehicles can only truly have a positive impact if they are used and experienced widely.

TMC calculates that as of March 31, 2013, TMC hybrid vehicles2 have resulted in approximately 34 million fewer tons3 of CO2 emissions—believed to be a cause of climate change—than would have been emitted by gasoline-powered vehicles of similar size and driving performance. TMC also estimates that its hybrid vehicles have saved approximately 12 million kiloliters of gasoline compared to the amount used by gasoline-powered vehicles of similar size.

Commenting on the achievement, Mr. Takeshi Uchiyamada, Vice Chairman, TMC who was responsible for development of the first-generation Prius, said, ““We developed the first-generation Prius with the aim of making it a car for the twenty-first century and as an indication of Toyota’s response to environmental issues. We had to develop a hybrid system from scratch, making our task extremely difficult. Nevertheless, we took on the challenge. The launch of the first-generation Prius had effects beyond our expectations, with the vehicle increasing consumer environmental awareness and raising hybrid vehicle expectations. The understanding of consumers at launch time laid the foundation for the widespread adoption, and, since then, consumers have continued to support TMC hybrid vehicles. For this, I am extremely grateful.”