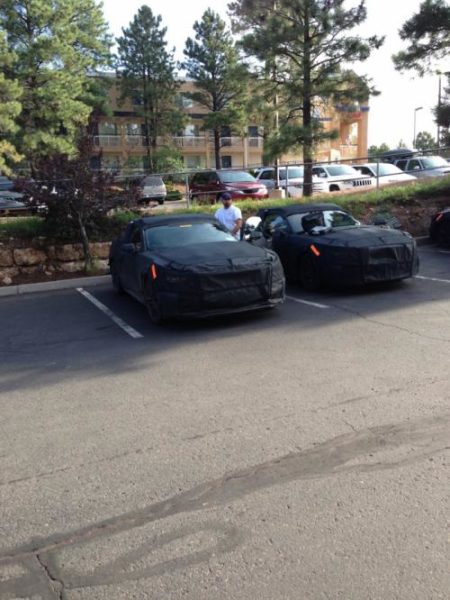 We have already seen many spy pics of the upcoming 2015 Ford Mustang. Today, we have ‘yet another’ set of spy pics of 2015 Mustang test mules, which were spotted testing in Arizona.

These spy pics give us a sneak peek of the interiors, which reveals the car’s 3 spoke steering wheel and some metallic accents. The car’s cabin would be made up of higher quality materials and more gizmos than the current car.

The upcoming Mustang’s styling would be inspired from that of the Evos Concept and there are good chances that the upcoming new gen Mustang would look more aggressive than the current generation of America’s favorite muscle car. 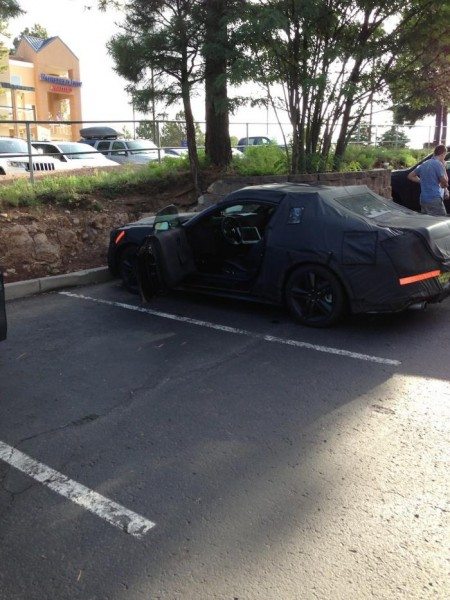 The new 2015 Mustang will get an EcoBoost engine option. Good chances that it would be a 2.3-liter four cylinder unit. Purists need not be disappointed as the V6 and the V8 would continue to be offered. The next gen car will also get an independent rear suspension. The next gen 2015 Ford Mustang will go on sale in Europe and Asia soon after it is launched in USA.

This means that we won’t really be too surprised to find the right-hand-drive Mustang coming our way!

The new Ford Mustang 2015 is likely to make its public debut at the next Detroit Motor Show and the car would go into production sometime in late-2014.

Stay tuned to Motoroids for more updates on the upcoming 2015 Ford Mustang.