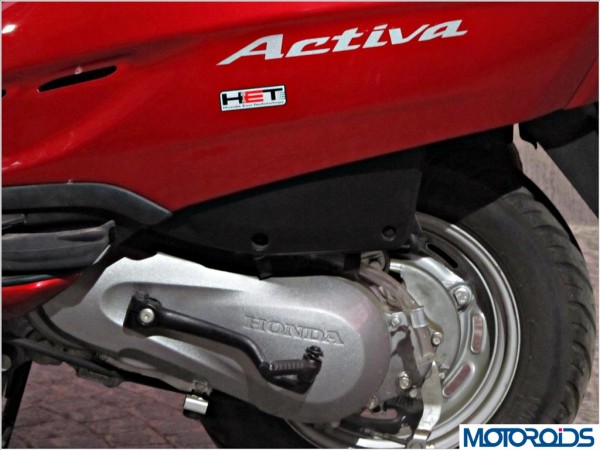 The Activa can easily be credited with enabling Honda Motorcycles and Scooters India Pvt Ltd with establishing a strong foothold in the fast emerging Indian Two Wheelers market. Not just that, the Activa has also paved the way for other bike makers to come up with automatic scooters aimed at the average Indian commuter.

In its second generation now, the Activa has been bringing segment leading sales to HMSI since 1999. The Activa has been through almost half a dozen upgrades and we recently saw the scooter getting Honda’s much discussed Honda Eco Technology (HET) engine. The new, updated engine promises more refinement and fuel economy to the users of the very popular auto scoot. We also saw Honda introducing the Activa-i some days back. The Activa-i is basically a more stylish, lighter and cheaper variant that is primarily targeted at teeny boppers who found Activa to be a tad too mundane.

Now, it has emerged that Honda could be merely a few days away from launching the speculated more powerful, 125cc variant of its popular scooter.

Said to be (rather creatively) christened as the Activa 125, the much anticipated variant will be powered by a 125cc, single cylinder, four stroke (what else?) motor that will come mated to a variator-controlled automatic transmission.

Nothing more is known about the upcoming scoot, but we reckon that it would be safe to assume that the Activa 125 will come with optional front disc brake and a set of telescopic shock absorbers at front. It also won’t be too optimistic to expect that the scooter would come with features such as a mobile charger, a digi speedo console and DC headlights.

The upcoming Honda Activa 125 could be priced at INR 7k-12k above the Activa Std.