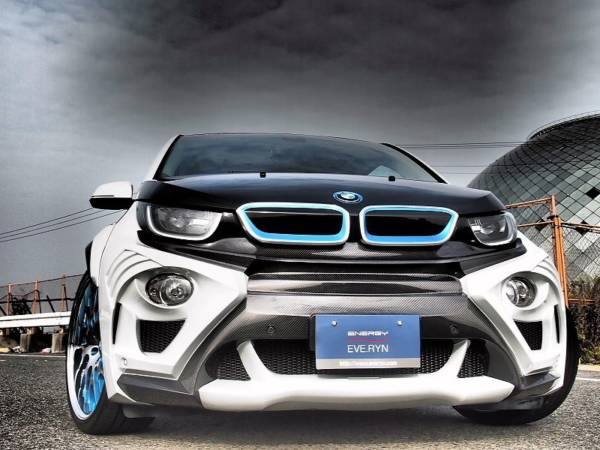 This little monster was conjured up from a perfectly sober, tree-hugging BMW i3. The handiwork of Japanese tuning firm Eve Ryn, this BMW i3 Evo looks positively lethal, vehemently and visually denying the original’s environment friendly intentions. 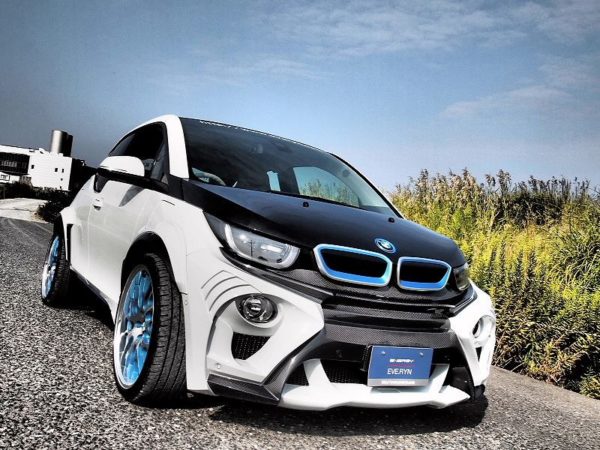 The body kit is one extreme piece of kit that Godzilla could be friends with- it’s got that reptilian, organic demeanour to it. In car parlance, overtly aggressive should pretty much sum it up. It’s a wide-body affair, featuring flared wheel arches, sporty skirts, intricate front bumper work with generous sprinklings of vents, gashes and lashings of carbon fiber to boot. Then there are big, 20 inch wheels finished in gunmetal with blue hues that help perk up the stance a fair bit. Most of the rear hasn’t been harassed, and it looks the best coupled with the reworked stance of the electric punter. 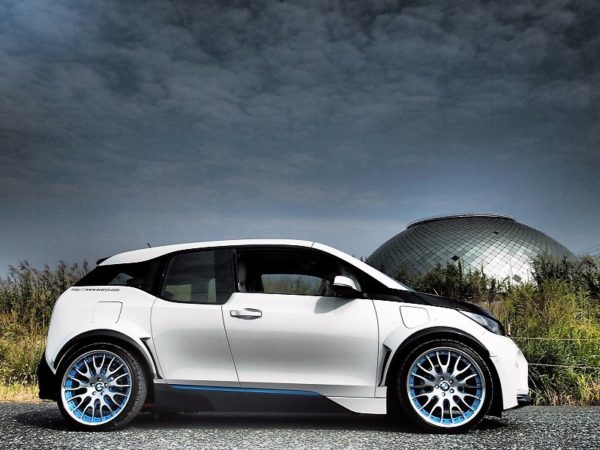 The i3’s electric drive train has been untouched, so it’s all about the show. Blatantly pointless? It did manage to whip up quite the sir, so that’s the point of this modification! 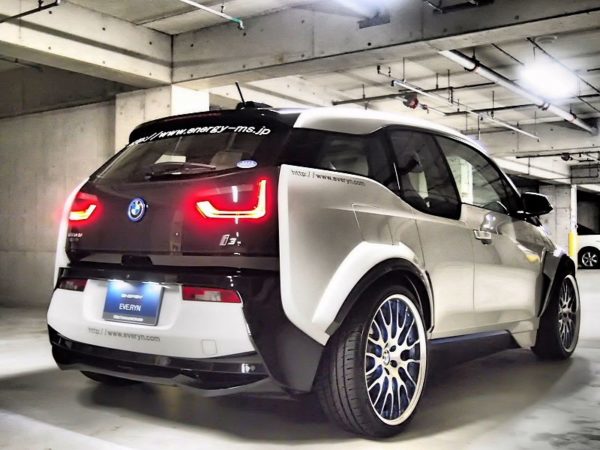 Liked it? Loathed it? Hit up the comments section below or head to the gallery below for more pictures of the Modified BMW i3 Evo

BMW
,
BMW i3
,
Modified Cars
,
News
,
Motoroids Comments
Facebook Comments
Leave a Reply Cancel reply
Popular Stories
Hyundai Creta 7-Seater Version: What Could It Be Like?...
Kawasaki Ninja H2 Gets Badly Hurt After Supercharged Rider Makes A Mistake...
TVS Motor Company And Sundaram Clayton To Spend INR 30 Crore To Fight The Virus...
Tom Cruise Mounts A Made-In-India Motorcycle For Next Mission Impossible Instalm...
Innovation In The Time Of Crisis, Only To Get Home...