It’s important for the manufacturers to make sure their test bikes are not degraded just because someone wanted to have ‘fun’. 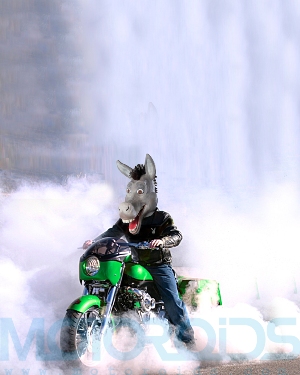 How interested are you in finding out whether someone can pull off a rolling burnout on a brand new bike? Is that really what you read an auto mag for? Okay, probably you are a stunter, and would actually want to know, but then, if a magazine really tests a bike for its rolling burnout or donkey wheelie performance, shouldn’t it do it religiously? More importantly, shouldn’t a magazine at least enlighten its readers the findings of their staffers after they roasted the clutch? Destroying a bike’s cycle parts entirely, for no evaluative purpose seems like the latest craze among auto journalists in India, and the sad part is that they do it without letting the manufacturer know about it. These antics of some of the journos are oriented more towards getting some conceited pictures to embellish their social networking profiles than deriving any evaluative value.

But as you would like to point out, that’s really none of my concerns. My point is, the auto scribes who are awaiting their turn after these photogenic heroes, get the machinery in such dilapidated form that it really doesn’t make any sense for an honest evaluator to test that bike. Unfortunately, in some of the cases, that’s the only bike the manufacturers have allotted for the media and you have to live with whatever state it is in. So what do you do? Just take some good pictures, and write whatever fancy thoughts pop in your mind at that juncture? Those who really want to be objective and factually correct with their review may go fly a kite.

And it’s not just the journos who are to blame. Even the manufacturers sometimes don’t ensure that the bike offered for a test ride is functioning perfectly before it’s presented for an evaluation. If a bike is meant to be appraised by more than one publication, then it’s the manufacturer’s responsibility to curb the machine’s abuse beyond a point. Of course, a little consideration from the poseur journos will help, but if a manufacturer has given them the leeway to screw the bike up, it cannot really be termed as their fault.

Very recently I went to test ride a bike. The same bike was used by some other publications before it was presented to me. The amount of hammering that the machine had withstood in 500 short kilometers of running was incredible. The clutch plates of the contraption were absolutely finished. There wasn’t any life left in the engine, and it simply refused to move even with the tacho needle nudging red line in higher gears. Pulling clutch wheelies and performing burnouts had made the bike absolutely unusable for evaluation. Were we to write an honest review about the bike, we would have run it down with relentless disdain. However, having a fair idea of what the real performance of the machine was like, we requested another test ride on a ‘proper’ machine, which the manufacturer very kindly agreed to. As we had assumed, the difference between the two bikes was gargantuan. The story has repeated itself with more than one manufacturer, and that’s what forces me to write about it here.

It’s entirely up to a publication to decide how it wishes to test and photograph a vehicle. But if you are planning to rape the machine, and think you are justified in doing it then you should be brave enough to mention the same to the manufacturers as well. The manufacturers, on their part should make it a point to ensure that they supply journalists a vehicle which is representative of that model’s real performance and is not degraded by the heroics of a Facebook junkie.