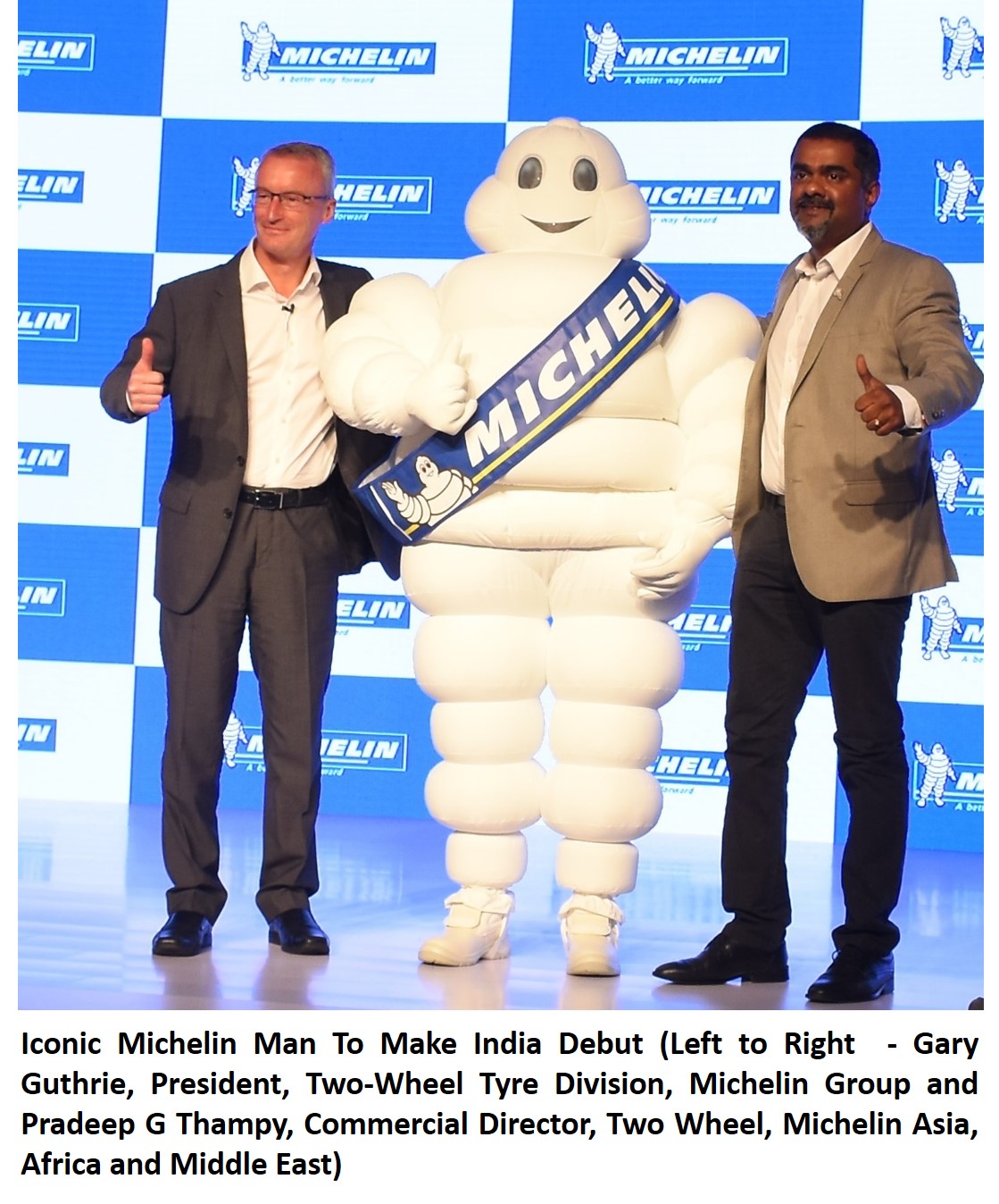 One of the leading tyre manufacturer, Michelin, has announced the launch of its first television commercial in the country. Themed ‘Safely Ahead’ this pan India campaign with the iconic Michelin man will make its debut on Indian television channels soon. The campaign, which has been produced for Television as well as for digital advertising, will highlight Michelin’s ability to provide safer mobility for motorcyclists and scooter riders thanks to its technological know how and its 125-year history of delivering landmark innovations.

The campaign centers around three elements that Indian riders negotiate daily while using their motorcycles and scooters:

The TV advertisements will be seen on major national cable networks in India that would include general entertainment, movies and sports channels. It will also be aired on major regional channels across the country. The campaign was conceptualized by Publicis India. In Efecto, the French 3D animated film specialist executed the animation.

Promoting road safety awareness has long been a priority at Michelin. Michelin is notably involved in the United Nations campaign launched in 2010 which targets the saving of five million lives worldwide in 10 years and a reduction of 50 million in the number of people hurt in road accidents.

In India, which is listed as one of the world’s most accident-prone countries, with a daily average of 1,374 accidents and 400 victims, Michelin does not content itself with ensuring a high standard of active safety for its tyres; it has also participated in two awareness programmes over the last three years.

The first concerns the New Delhi region where Michelin India is targeting school children up to their late teens in association with PVR Nest, the Foundation of PVR Cinemas. This vast awareness operation has already benefited approximately 500,000 children and adolescents. The second covers the area near Chennai, where the Michelin factory is located, and has educated some 4,000 youngsters aged between 6 and 17 to familiarise themselves with road safety essentials.