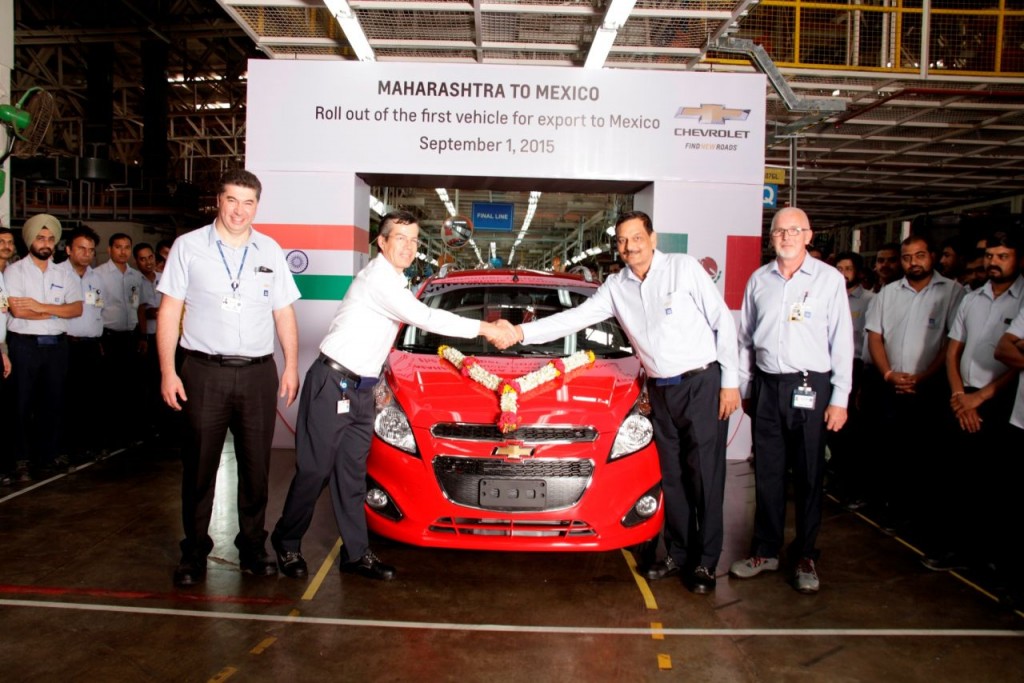 Made in India, Made for Mexico. General Motors India has announced the roll-out of the first Chevrolet Beat for export to Mexico. Vehicle shipments to company’s second major export market will commence next month from GM India’s manufacturing facility in Talegaon, Maharashtra. Sales of the mini-car in Mexico are scheduled to begin in December 2015. The Chevrolet Beat is available in more than 70 markets around the world, primarily as the Chevrolet Spark. Chevrolet has sold more than 1 million Sparks and Beats worldwide.

GM India began vehicle exports to Chile from its Talegaon facility in September 2014. It exported approximately 1,000 vehicles last year and is targeting exports of 19,000 vehicles this year.

During her recent visit to India, GM CEO Mary Barra announced USD 1 billion in new investment in the market, including exports. The Talegaon facility, which currently has a production capacity of 130,000 vehicles annually, will increase its base capacity to 220,000 vehicles by 2025. It will also become a global export hub for GM, with up to 30 percent of its annual production planned for markets outside India.