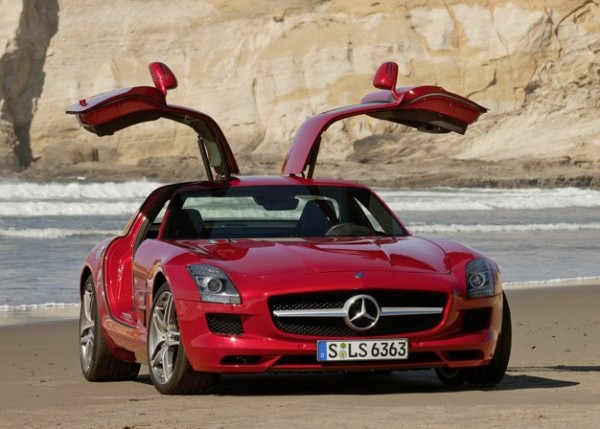 Mercedes-Benz was supposed to launch its Auto Expo 2010 show stealer – the SLS Gullwing on the 15th of July in New Delhi. Now as a new development, the car is scheduled for launch a day later, that’s 16th of July. The supercar, powered by a 6.3-litre AMG monster putting out more than 570 horses has caught the fancy of exotic car lovers across the world with its unusual, charming looks. The car will be brought to the country as a CBU from Affalterbach, Germany and will consequently attract heavy import duties. The price of the car will be in the region of Rs 2 crore.
If reports are to be believed, there are quite a few car lovers who are smitten by the car and have booked it. With a 0-100km/h acceleration of less than 4 seconds, and a top speed in excess off 300km/h – this baby is sure going to set the India road ablaze, not just by its looks, but by its looks as well.