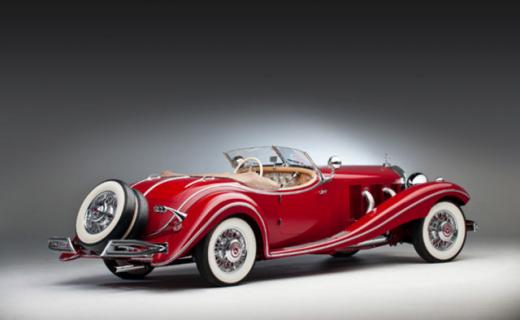 In a surprising news, a classic Mercedes which is worth no less than $4 million and was ‘pilfered’ by US soldiers from a German industrialist during WW II, was recently handed over to the grandchildren of the German.

The car was bought by Hans Prym in 1935 and was in Stolberg when it went missing. The court ruled out the possibility of the car being taken away by US soldiers as there was no evidence available for this claim. The Mercedes-Benz 500K “Spezial Roadster” was bought by Frans van Haren in 2011 after paying $3.8 million at RM Auctions, Monterey, California. The Dutch classic car collector later tried selling this car at Techno Classica but the vehicle was impounded as per instructions from court.

“The court has recognized our claim is valid and we will prepare the next stage and file suit for the car’s return,” said Alexander Martius of Stein & Partner Rechtsanwaelte in Aachen, the lawyer who represented the heirs in court. “We think the decision is right and it’s an important step toward restitution. I am extraordinarily happy for the Prym family.”

In all possibility, the car might be one of the only 29 of this model still remaining and we are sure that this car came as one big surprise for the present generation of Prym.