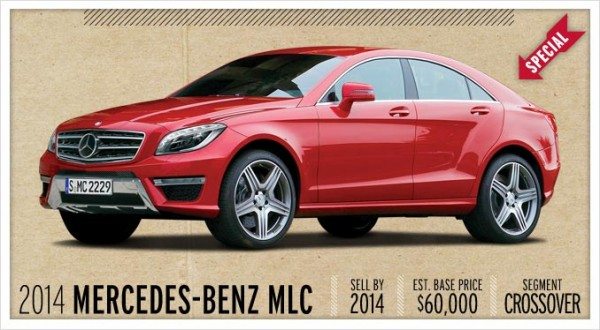 Mercedes-Benz will be taking on the crazy looking X6 with their own SUV coupe in a couple of years from now. Car & Driver magazine, on its blog has stated that two highly placed Mercedes-Benz officials have confirmed the plan to the media outfit.

Now, while the rumors of Mercedes preparing a rival for the flamboyant X6 have been rife for some time now, the confirmation comes as a bit of surprise for us. The top execs at M-B may explain the rationale behind creating the MLC as an easy to develop spinoff of the ML-Class platform. BMW did the same with their X6 by utilizing their biggest, baddest X5 SUV to create the fanatical X6.

While the theory about the ease of developing an X6 rival is all digestible, we get our doubts when we look at the volumes. The X6 isn’t the best selling vehicle from the BMW stable, by a long shot. Sure, the margins are good, but the volumes most definitely are not enticing enough. Secondly, the whole premise of an SUV Coupe has lost the halo of novelty around it – people aren’t as interested as they once were to buy these arguably crazy looking but impractical machines.

It would, in our opinion be a better idea for Mercedes-Benz to don their thinking caps and create something original. They should think more on the lines of the CLS-Class than the X6. They’d have better prospects of catching the premium car buyer’s fancy that way.

When the new MLC hits the road, it will share its platform and underpinnings with the ML. There will be a choice of four and eight cylinder engines to choose from, with an AMG version too. Expect it to be loaded with features and have a lofty price tag.

But the question that we want to ask here is, would it be appealing, and more importantly distinctive enough for the premium car buyers in the big markets to shell out the big bucks for it? We’d like to hear your opinion too on this topic. Do share your thoughts.