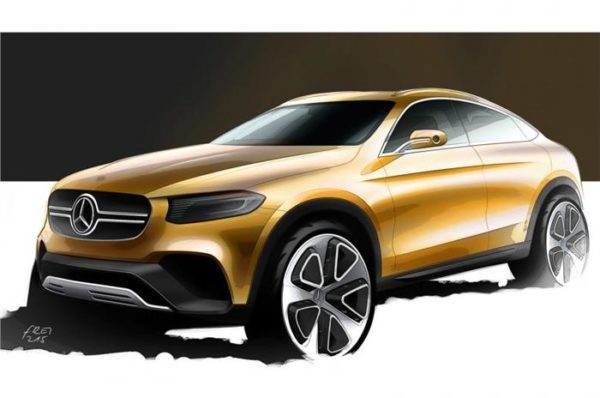 The 2015 Shanghai Motor Show will feature a brand-new Mercedes-Benz SUV Coupé. It is basically a smaller, tighter packaged version of the company’s GLE Coupé, which was released late last year to compete with the BMW X6. The new car, dubbed the GLC Coupé, will be playing ball with the BMW X4 and will be of similar proportion. Unlike the larger GLE Coupé which is based on the new Mercedes-Benz GLE (erstwhile M-Class) platform, the GLC Coupé will be based on the C-Class saloon. Apparently, the Mercedes-Benz GLC Coupé is the carmaker’s first shot at making a four-door coupé SUV. The BMW X4 might look similar to this Merc, but the Beemer falls under the Compact Luxury Crossover SUV category. So yeah, Mercedes-Benz seems to be the first in the four-door coupé SUV category. 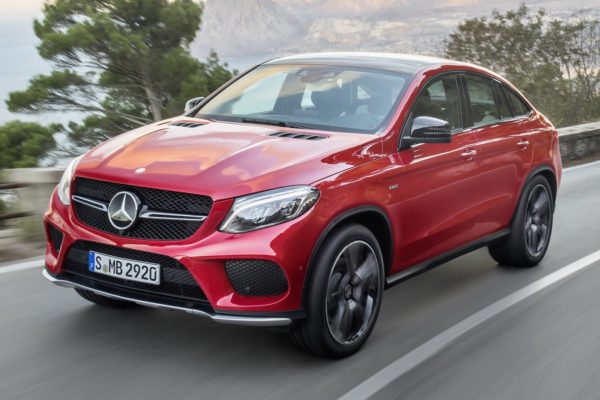 The sketch shows the upcoming Mercedes-Benz GLC Coupé sporting a brash front grille with twin slats and a prominent 3-pointed star right in the middle. However, the actual car and its design will only be clear to us once Mercedes-Benz actually showcases it, which is very soon at the Shanghai Motor Show. The release date of this car hasn’t been announced yet, but it will be slotted in before the end of 2017. The choice of powerplants will include petrol, diesel and in the future, a plug-in hybrid may happen, too.