Mercedes-Benz India had showcased the GLA compact SUV at the Auto Expo 2014 this year. According to a report, the German car maker is planning to launch the GLA in the Indian market in the festive season this year. Being a late entrant to the compact SUV club, Mercedes-Benz is trying to make up for the loss by providing an attractive package in the form of the GLA. 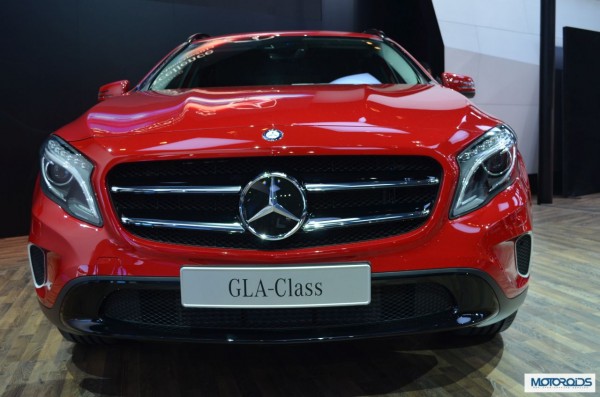 Mercedes-Benz India dealers have already commenced the bookings for the GLA 220 CDI. The GLA can be booked with a payment of INR 1 lakh. According to the report, the petrol engine GLA will be badged as the GLA200 CGi. Powering the GLA200CGi will be a 1.6-litre, 4 pot, turbocharged, direct injection motor which will churn out 156 PS of max power and 250 Nm of peak torque. The car will do the 0-100 kmph run is a claimed 8.9-seconds with a top speed of 205 kmph. 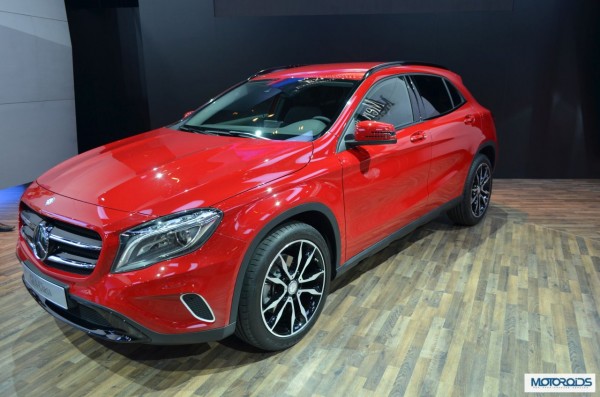 The major sales numbers will come from the diesel version of the GLA which will be badged as the GLA200 CDi. The GLA200CDi will be powered by a new 2.1-litre, 4pot, turbocharged diesel engine which will churn out 136 PS of max power and 300 Nm of peak torque. The car will dismiss the 0-100 kmph mark in 10 seconds with limited top speed of 205 kmph. Both the petrol and diesel engines will be connected to a familiar 7G-DCT automatic transmission. 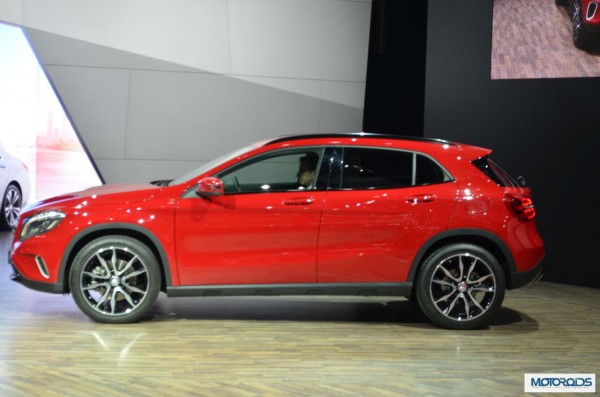 The GLA rides on the MFA (Mercedes Front wheel Architecture) which also underpins the A-Class. The GLA sits taller than the A-Class and also gets a body cladding, skid plates and roof rails which complete the SUV’s appearance. On the inside, the car gets a similar setup as of the A-Class with the SLS inspired AC vents and the centrally located COMAND screen. 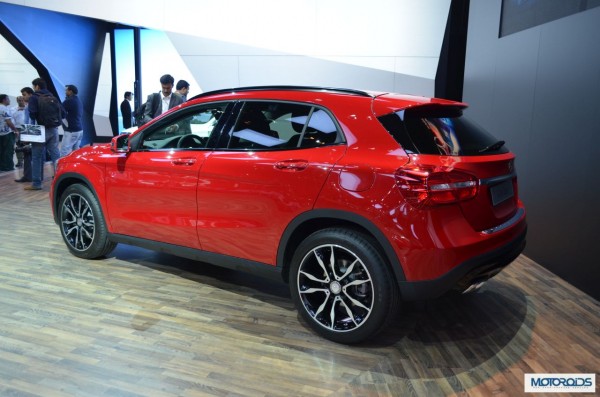 The Mercedes-Benz GLA will be sold in India at a price range of 25-35 lakh INR. Stay tuned to Motoroids for more dope on the GLA India launch.