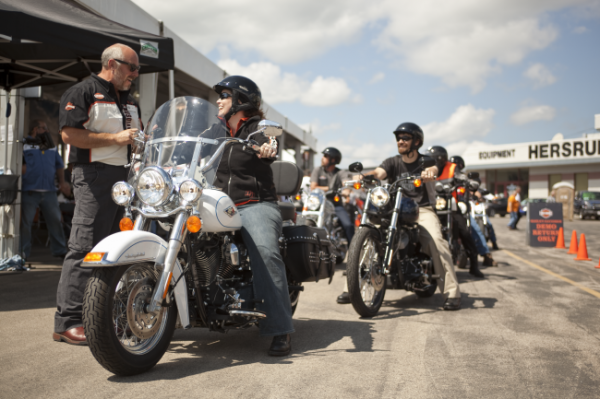 The Sturgis Motorcycle Rally happens to be one of the largest motorcycle rallies in the world. Held annually in the month of August since 1938 in the sleepy little town called Sturgis in South Dakota, U.S.A., the weeklong event sees a bevy of motorcycle enthusiasts from across the globe participate. Principal sponsors Harley-Davidson leave no stone unturned in making the rally a spectacular event. This year will see the event enter its 74th edition from 4th – 10th August, and more importantly, is all set to play host to 13 Harley owners from India marking their maiden participation.

The rally takes place amongst the beautiful Black Hills of South Dakota, allowing the participants to glide through scenic highways which pass through national treasures like Mount Rushmore, Custer State Park and Crazy Horse Memorial.

It’s been five years since the American bike manufacturer commenced operations in India, and since 2009, Harley-Davidson have played a pivotal role in fortifying Indian leisure riding culture. Commenting on his first visit to Sturgis, Jagdeep Singh, Activity Officer Seven Islands H.O.G. Chapter, Mumbai said, “The Sturgis Motorcycle Rally is a dream destination for every rider. It is our pilgrimage. Where else would you see unending streams of Harley-Davidson® motorcycles and riders from chapters across the world? It is going to be one hell of a ride and we are all geared up for a week of pure motorcycling”. The company offers 11 models in its line-up in India, in addition to a full range of genuine parts, accessories, and general merchandise, available through its authorized dealerships.

Harley-Davidson India is headquartered at Gurgaon, Haryana, and has an assembly unit at Bawal, Haryana. The first Indian dealership was appointed in July 2010, and since then the company has 14 dealerships across India presently: New Delhi, Gurgaon, Chandigarh, Mumbai, Hyderabad, Bangalore, Chennai, Kochi, Kolkata, Ahmedabad, Indore, Pune, Goa and Jaipur.

For more images of the Sturgis Motorcycle Rally, head to the gallery below