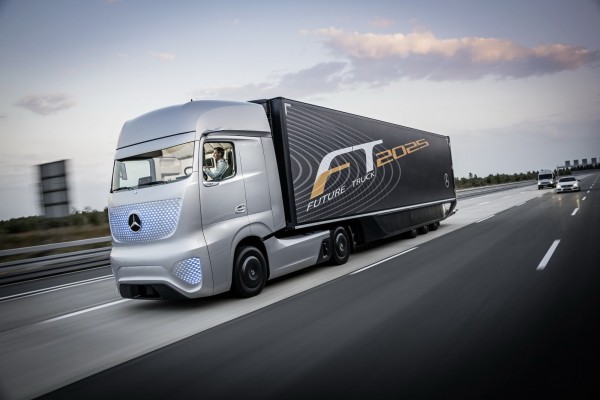 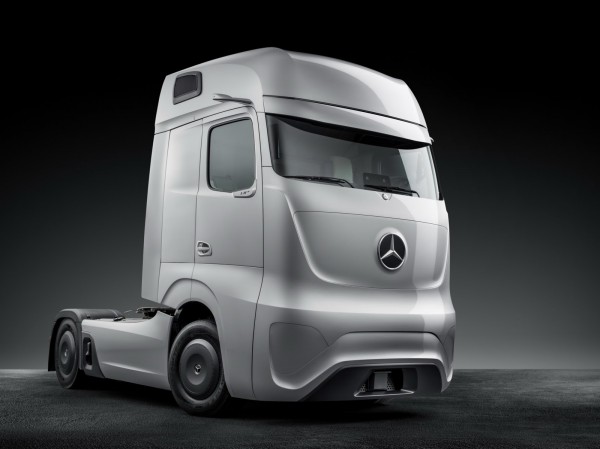 Mercedes’s truck of the future is bristling with new generation technology developed to ensure better safety all around. There’s a fully functional autonomous driving system that works at speeds of up to 80 km/h (50mph) in real world conditions-  a bunch of radar sensors scan the road ahead and around the vehicle, while constantly feeding information to all of the electronic systems in the truck, including the Blind Spot Assist system that warns the truck driver about other road users when turning as well as about imminent collisions with stationary obstacles. The system operates “within the permitted limit and maintaining a set safety distance” from any vehicle travelling ahead. 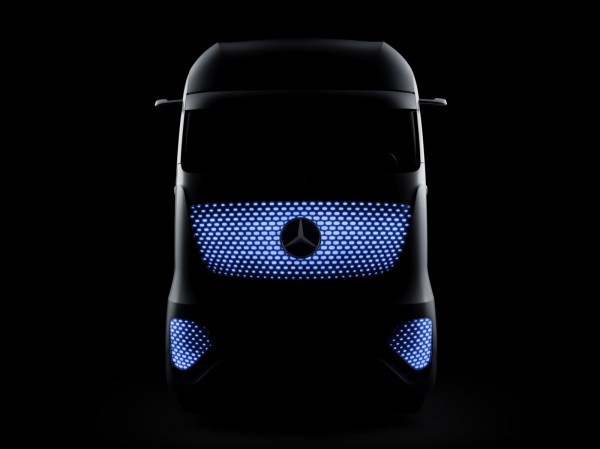 The Future Truck 2025 doesn’t push the truck styling envelope too much, but makes up for it with a dash of futuristic and minimal detailing. The front fascia is absolutely clean, with a multitude of LED elements instead of conventional headlamps illuminating the road ahead- when the driver selects the autonomous system, the color of the lights change from white to blue. 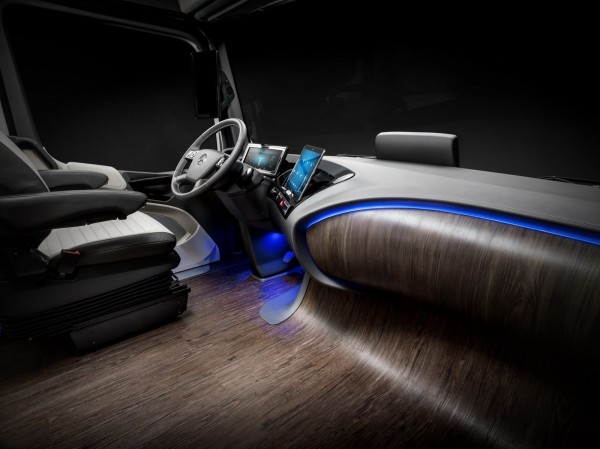 The interiors are just out of this world as far as trucks go, replete with a flowing, wooden flooring, a captain’s seat and a first class-like passenger seat. The driver is further spoilt by having four display screens in his disposal, two for the exterior cameras that replace the conventional door mirrors, one for the instrument panel and a Samsung tablet on the center console. 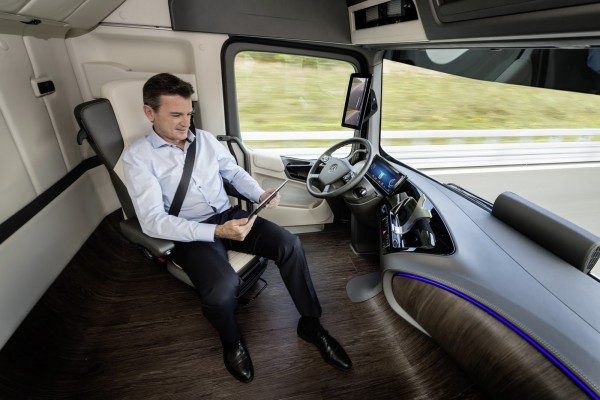