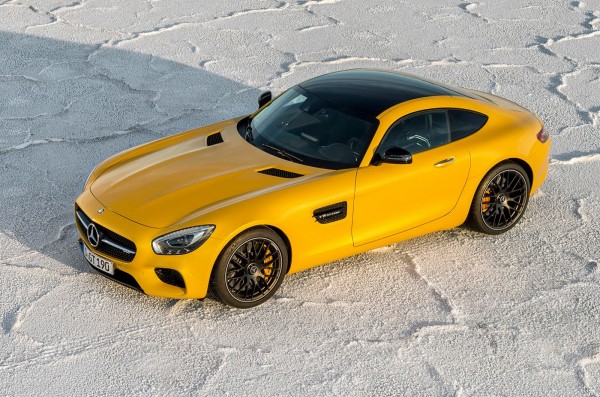 For automakers, the traditional means of reaching out to customers and fans via print and television advertising are dead. This is the age of social media, a much more accessible albeit tricky medium to interact directly with the customer and understand their psyche first hand. A good measure of just how popular a brand is, is the number of Facebook fans it has. That is why companies will employ special firms and pay extra to garner as many fans, or Twitter followers, as possible.

Mercedes-Benz recently became the first automaker to surpass the 17 million fans mark on its official Facebook page. That makes it the most popular automotive page on Facebook and they’re mighty stoked about it.

So they came up with the novel idea of creating an art installation of sorts, as a tribute to the German firm’s 17 million fans. Using just strips of adhesive tape and a lot of time, four Mercedes-AMG designers created a surreal painting of the new AMG GT on the walls of the AMG Private Lounge in Affalterbach, Germany. The entire process has been captured in the short video embedded below, and is a fascinating watch.

Nipping close at the heels of Mercedes-Benz is Ferrari with 16.5 million fans. If they do surpass Mercedes-Benz in the near future, can we expect a LaFerrari made of pasta?