It was just yesterday we brought you a post about two French guys creating a brutal 150 bhp 2 stroke motorcycle in their backyard. What we have now would probably be the craziest modification ever done on a motorcycle. 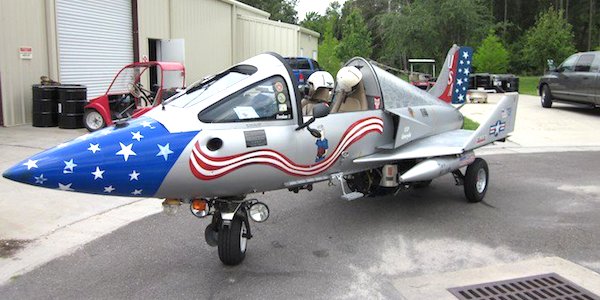 An inventor by the name of Ron Gallops has built a Jet Motorcycle that looks like an F-106 Delta Dart Interceptor Aircraft from the US Air Force. Named as the ‘Freedom 1’, the Jet Motorcycle uses a 1500cc 6 cylinder Honda Goldwing Engine for propulsion and doesn’t really go as fast as the motorcycle itself. 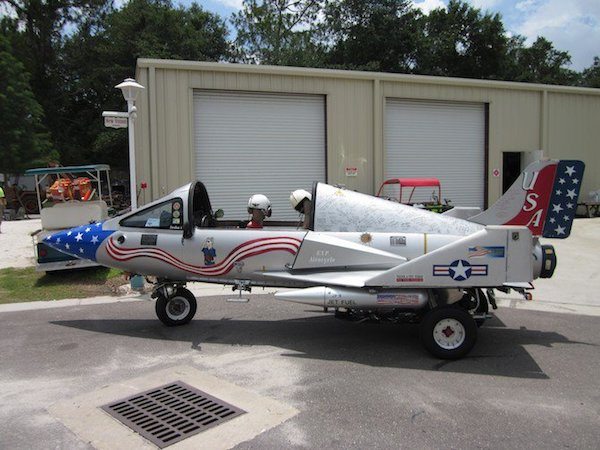 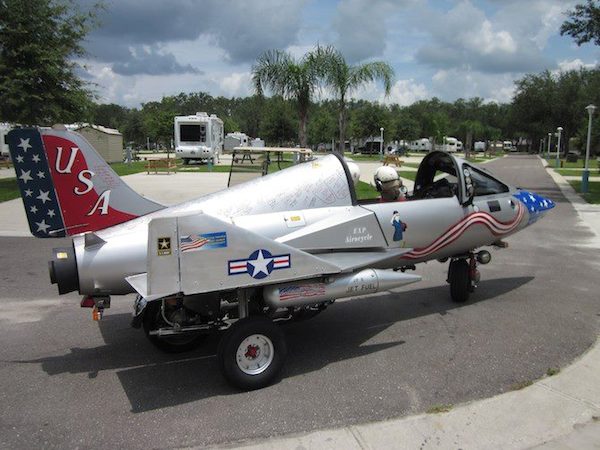 The top speed is a modest 128 kph and doesn’t fly either, but speed isn’t the reason for what it’s built for. The lack of speed is compensated by the number of eyeballs it manages to attract, specially for the glowing afterburner that lights up at night raising the coolness quotient of this crazy contraption. 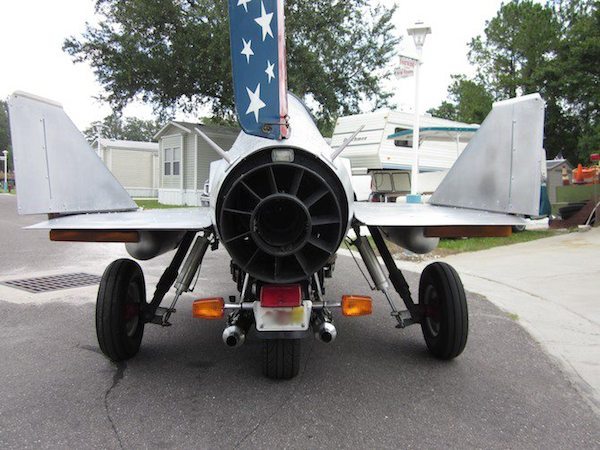 The primary rear wheel is retained from a motorcycle with extra two wheels at the sides that lend balance to the street jet. Steering duties are handled by a wheel swapped from a Hyundai car with mirrors very much from a regular bike. Apart from the speedo and tacho unit, the dashboard is full of gauges that is claimed to actually work. And to comply with the road going regulations, the jet motorcycle sports turn indicators and number plate too. 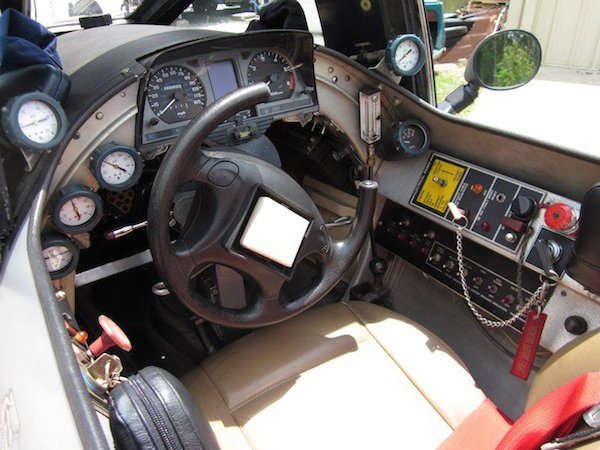 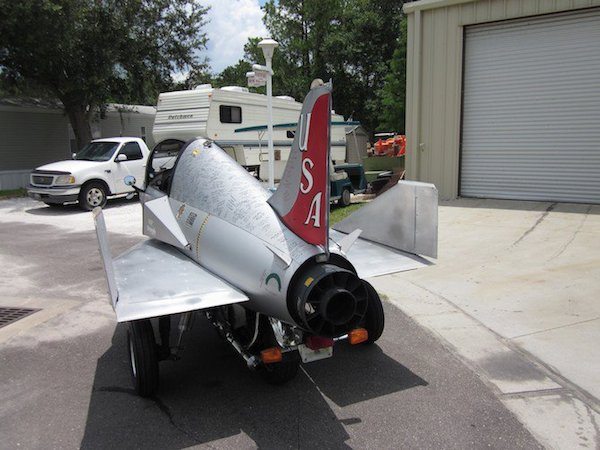 Gallops says that driving the Jet Motorcycle isn’t a challenge, but he keeps a cautious eye on people around who tend to lose sight of the road ahead seeing the ‘Freedom 1’ on the move. He says “You have to be paying attention because the people are looking at it, and they’re running all over the lane.”

Watch the world’s first Jet Motorcycle in action below: