Home Modified Bikes Meet the Nautilus, a Custom Made Royal Enfield that’s Dressed-up Like a Harley-Davidson

Meet the Nautilus. No, they didn’t find the fictional submarine from one of Jules Verne’s books. This one is a 500cc Royal Enfield which comes from the garage of Bulleteer Customs. The custom cruiser is a tribute to Captain Nemo’s submarine, the Nautilus which was featured in Jules Verne’s novels Twenty Thousand Leagues Under the Sea and The Mysterious Island. At first glance, the motorcycle does remind of the Harley-Davidson Fat Boy but close inspection reveals the unique character of the machine. 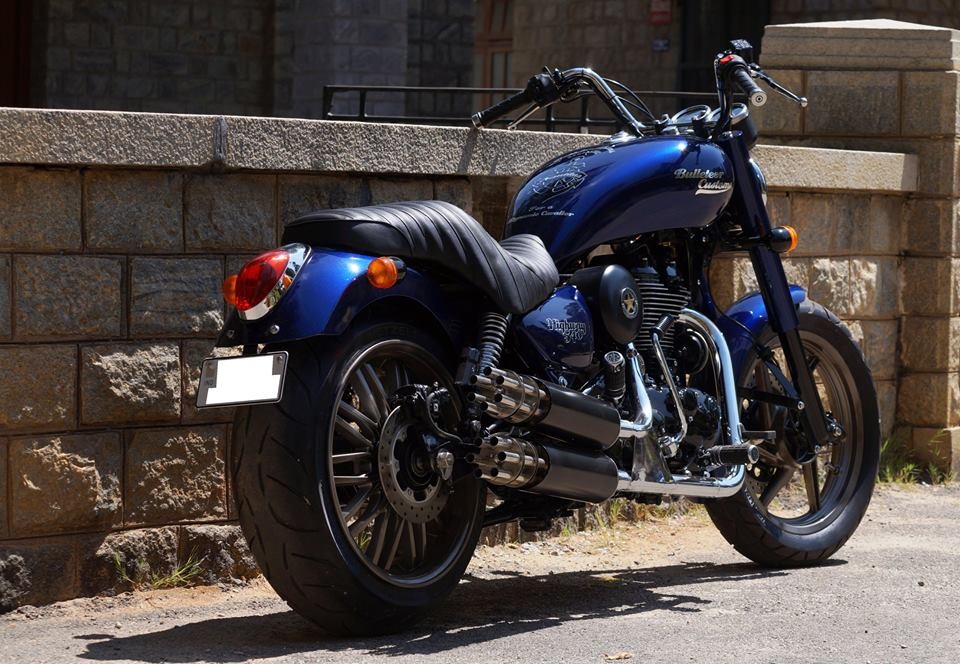 The motorcycle rides on a relatively wider 190mm rear tyre which is wrapped in a custom, multispoke alloy wheel. The front five spoke wheel, however, looks pretty basic. The dual Gatling gun exhausts standout although one of the two units seems to be present to add aesthetic value only. Another feature that deserves a special mention is that massive seat on the custom motorcycle which is claimed to be one of the most comfortable units from the aftermarket. Further enhancing the aesthetics is the custom made fuel tank which has been made from scratch. The Deep Sea Blue paint job highlight the submarine/sea theme. 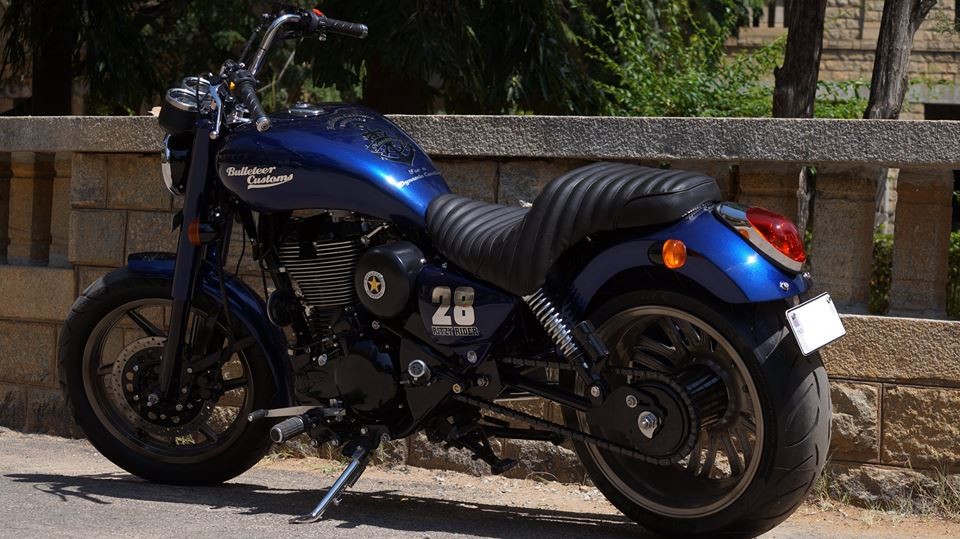 If you exclude those flashy exhausts, the motorcycle looks like a neat job and the folks at Bulleteer Customs deserve a pat on the back for creating the Nautilus. Here are some more images of the Bulleteer Customs’ Nautilus. Do share your views about the custom built motorcycle through the comments section below.