Autoscoots are fun indeed- particularly in this part of the world where convenience simply rules over horsepower, wriggling in and out of the bustling and slow moving vehicular population. Out of the nuisance and these little set of wheels seem nothing more than a boring commuting tool. Wish we had something like the Quadro4 which happens to be the world’s first four wheeled scooter. 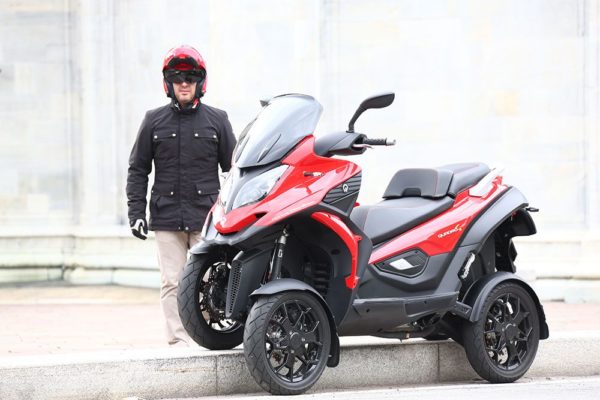 Not only does the scoot make light of the daily traffic chores due to a CVT transmission, but also looks a fun to ride around tool without the fear of crashing. Thanks to the four wheels which individually feature an independent suspension and the best part is the dual Hydraulic Titling System (HTS) which allows the rider to tilt the four wheeled scoot to 45 degree lean angles. Have a look! 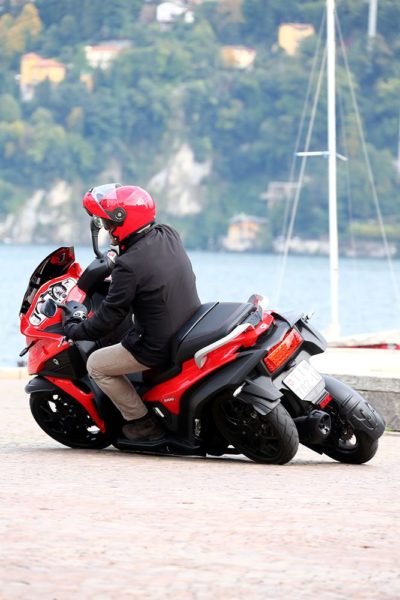 Powered by a liquid-cooled 346cc single-cylinder engine producing a decent 30 hp @ 7500 rpm, the Quadro4 has enough power to double up as a pleasurable weekend tool. Rolling on 110 section 14 inch wheels, the Quadro4 features 240mm discs with combined braking system. Brakes on the front wheels can be applied via the right lever and all four via the left. 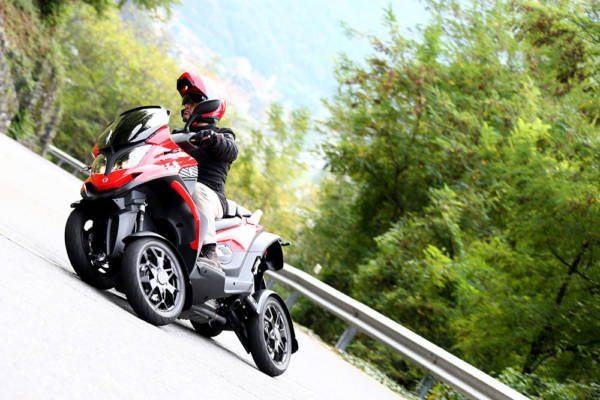 Other features on the Quadro4 include high intensity lights, LED blinkers, large underseat storage and a charging outlet for mobiles and media devices. Now that’s makes for a perfect weekend outing and getting your knee down couldn’t have been easier than this. 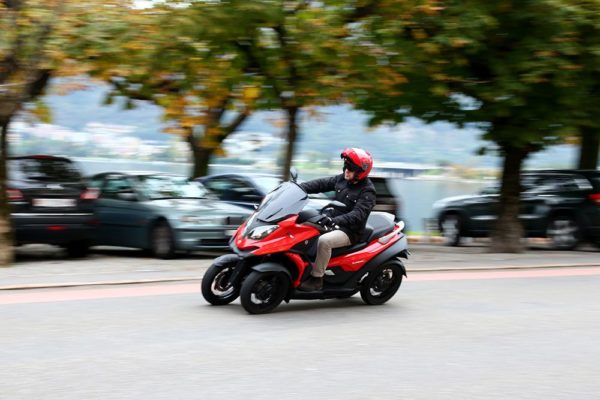 Here are the Quadro4’s technical specifications