In April last year, Tata Motors had signed a contract to supply 3,192 units of the Safari Storme 4×4 to the Indian Armed Forces. The Tata Safari Storme 4×4 has been placed under a new category of vehicles – GS800 (General Service 800). Now, the deliveries of those new SUVs has commenced and we stumbled upon the images of the Military Green Safari Storme 4×4. 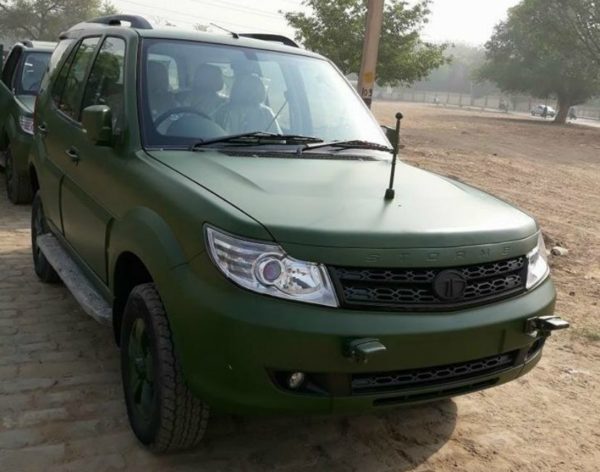 The Indian Ministry of Defence (MOD) had floated an RFP for vehicles with three basic criteria – minimum payload capacity of 800 kgs; hard roofs and air conditioning. The military spec Tata Safari Storme also features additional features over the standard SUV such as the trailer hook at the rear, a bonnet mounted radio antenna and front bumper mounted auxiliary lights. 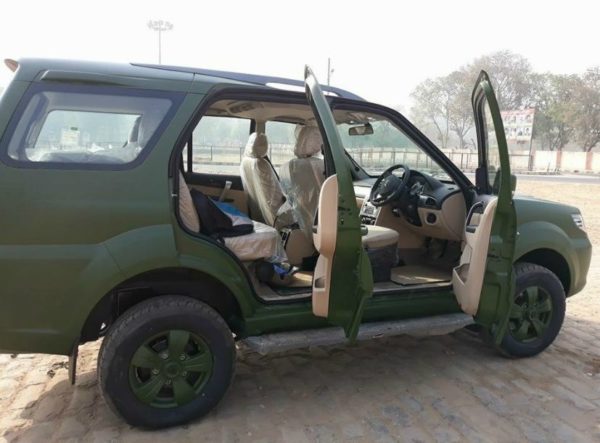 The Tata Safari Storme, which was introduced in 2012, is aimed to deliver superior on-road and off-road capabilities and robust all round performance. Mechanically, the 2.2 liter, four-cylinder, diesel engine on the Safari Storme delivers 156 PS of power and 400 Nm peak torque and has a ground clearance of 200 mm. The 4X4 variant also features ESOF (electronic shift-on-fly) technology, enabling engagement of the 4X4 or 4X2 mode on the move. 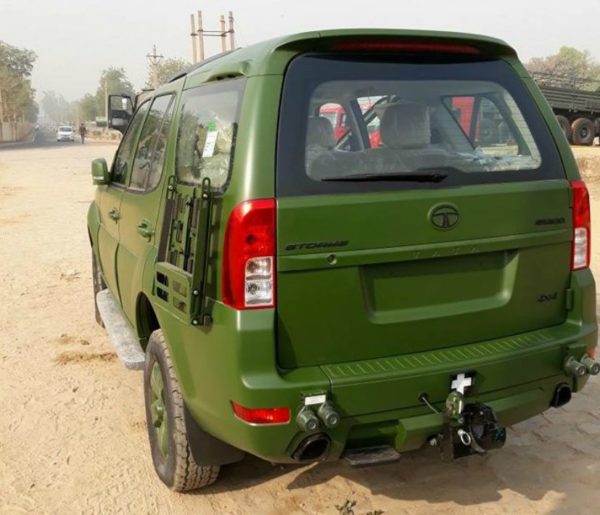 The Tata Safari Storme 4×4 replaces the Maruti Gypsy as the vehicle for the Indian Armed Forces.