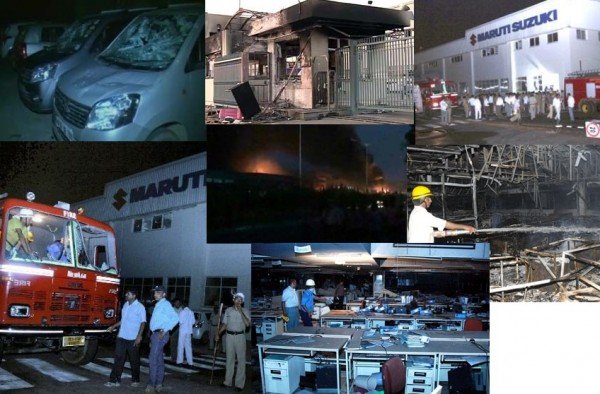 We have been closely following the developments related to Maruti Suzkuki’s closed down manufacturing facility at Manesar. The closure of the plant, owing to the high scale damage caused by the clash that took place between the management and workers, has already caused a loss of INR 1400 Crores to the manufacturer. Now, it has emerged that the decision to resume production at Manesar might be taken by Maruti Suzuki India as soon as on Friday (Aug 17).

Mr. Mr. S. Y. Siddiqui, Chief Operating Officer, MSIL recently said: “We may be able to complete the total assessment of the situation at the Manesar plant by Friday and expect a clear picture to emerge regarding the reopening of the plant by then”.

On condition of anonymity, another person related to MSIL said: “There is no extensive damage to any of the critical facilities like the press shop or the assembly lines. The plant is capable of producing cars with some changes needed in the plant machinery that could be gradually done as the production increases and stabilizes”.

Mr. R. C. Bhargava, Chairman, Maruti Suzuki India, told Reuters: “Our position is exactly the same to what we said in the beginning, that we will decide on a date of opening when we are satisfied that safety and security of all our employees is ensured”.