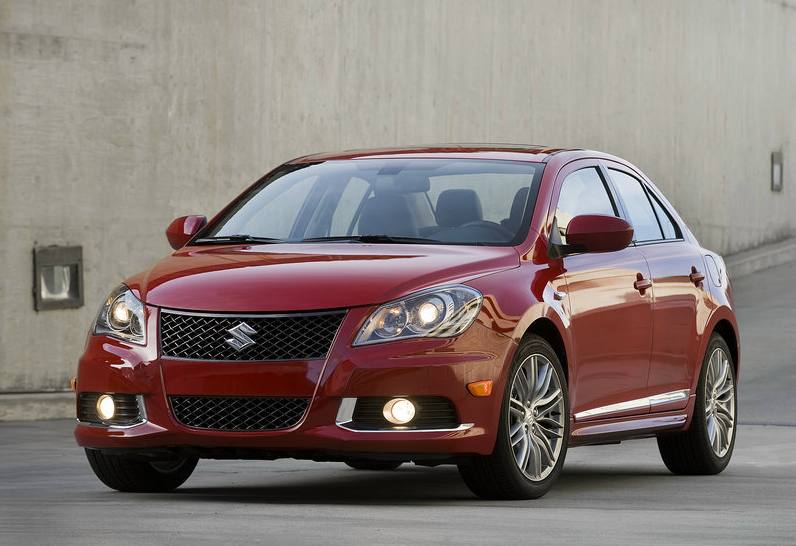 Maruti Suzuki is planning to launch its D-segment car, the Kizashi in India on the 28th of January 2011. The new car will initially be imported as a CBU, priced at around Rs 16lakh and MSIL will take a call on local assembly based on its success.  The Kizashi is well received across the world and is doing decent numbers in some key markets. The company has been pitting the D-segment car against some of the entry-level luxury cars such as the C-class and Audi A4 in its latest ad campaign. Suzuki plans to keep the ‘Maruti’ badge out from the Kizashi branding, so as to make sure that their first venture into the D-segment is not seen an effort by a small car maker to make a bigger car.

The Kizashi internationally comes with 2WD and AWD, although we doubt whether Maruti Suzuki would introduce the AWD version in the price-conscious Indian market. Powered by a 2.4-litre four cylinder engine, the Kizashi is looking good on paper – we hope it’s good enough to tackle its key competitors such as the Honda Accord and the Skoda Laura. The car will be available with a 6 speed manual and a 6-speed CVT transmission.
Kizashi’s features list includes goodies such as ESP, eight airbags, a Rockford Fosgate sound system and 18 inch alloys. Here’s the technical specification chart for your ready reference.