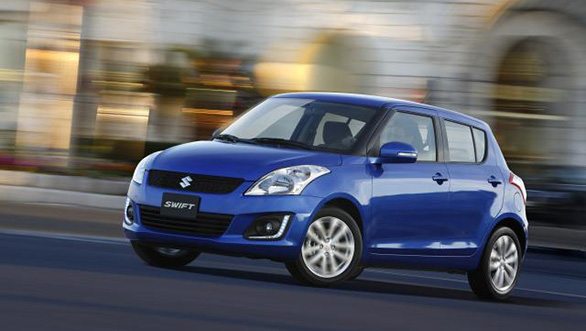 If a new report that has surfaced on the web world is to be believed, Maruti Suzuki India Ltd (MSIL), nation’s largest selling car manufacturer, plans to launch a facelift of the high selling Swift hatchback this year. The same report goes on to say that the new Maruti Suzuki Swift facelift launch would happen in July. This is the very reason that the manufacturer has been doling out discounts on the current model. The petrol variants of the Swift are currently available with a discount of INR  10,000, while the diesel models are being sold with a discount of INR 20,000!

Worth a mention is the fact that the Suzuk Swift facelift is already on sale in many international markets and this is the same model that is headed to our shores.
The highlight of the upcoming facelift is the set of DRLs that have been housed in the front bumper. These DRLs look strikingly similar in shape to the ones on the Hyundai i20 facelift! Other changes include a new design for alloys (non-alloy wheels version get new wheel caps) and new color options. This new color, Boost Blue (Metallic), might too make it to India. On the inside, the car gets an upholstery change, Auto Up feature for driver side Power Window, Power folding ORVMs and Auto headlamps. 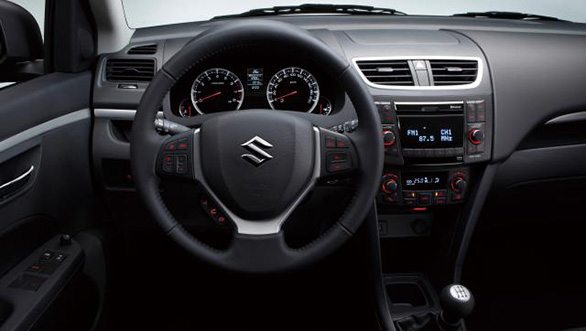 New features that debut on the Swift facelift include a Push Button start, cruise control and Bluetooth connectivity. It is being said that the Dzire facelift, which would be launched sometime after the introduction of the Swift facelift, would carry exactly the same updates as the hatchback sister. Mechanically, both the model are likely to remain unchanged. This means that both the model would continue to be powered by a 1.2 litre, four pot, normally aspirated K12B petrol engine and a 1.3 litre, four pot, turbocharged, Fiat sourced oil burner.

Stay tuned to Motoroids for more updates on the Maruti Suzuki Swift facelift launch in India. 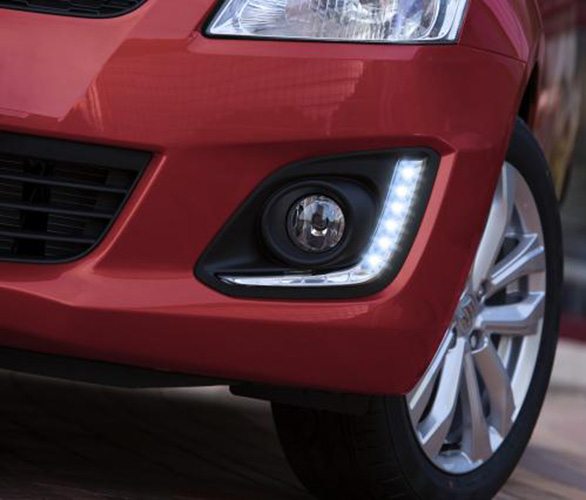