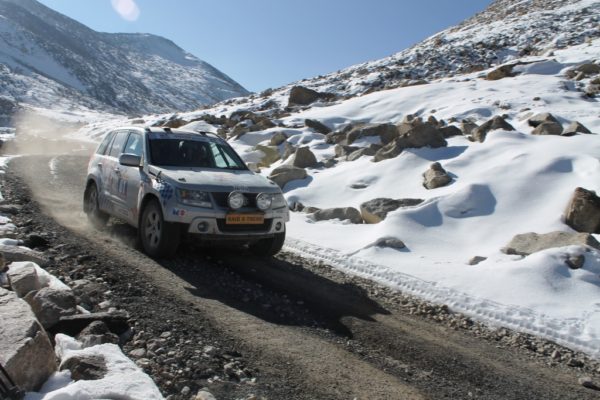 The 15th edition of Maruti Suzuki Raid-de-Himalaya came to an end tonight adding many a new milestones to its history. Pending the post event scrutiny and time allotted for result verification process, the same will be announced tomorrow afternoon when the prize distribution takes place.

A total of 153 cars and bikes had entered the Maruti Suzuki Raid-de-Himalaya this year, the highest number of entries so far. Traditionally, only about a third of the participants were able to complete the arguably the toughest cross country off road event, and only amongst two Indian competitions listed in the annual calander of FIA (Federation Internationale Automobile and FIM (Federation Internationale Motorcyclisme) Geneva, Switzerland. 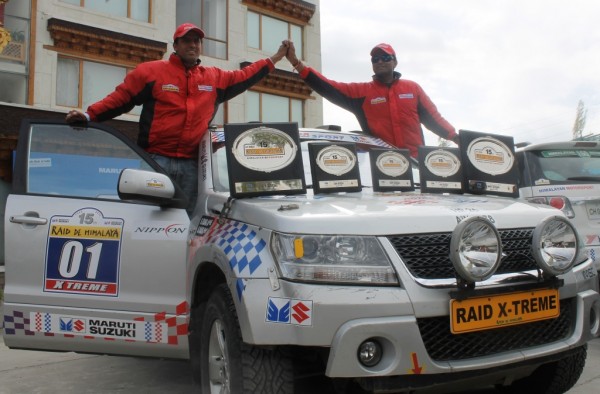 In the sixth and final leg today, Suresh Rana/Ashwin Naik of Team Maruti Suzuki who continued his lead last with best time today also in X-Treme cars. Amanpreet Ahluwalia/Venu Ramesh who was first on day 1, and had maintained the second spot over next four days, did not finish today due to engine failure. Meanwhile, Sanjay Agarwal/Shiv Prakash who was fourth at the end of leg 5, had the second best timing today and raced ahead of Harpreet Bawa/Kashyap, third position holders till end of leg 5.

In X-Treme bikes category, the spots remained unchanged with Austrian Helmut Frauwallner in lead followed by Stephan Rausch from Germany and R Nataraj. The Adventure Trial vehicles are yet to arrive at the time of filing the press release.

Meanwhile, out of the 75 cars, bikes and scooters that had entered the Maruti Suzuki Raid-de-Hiimalaya X-Treme category, only 29 finished the rally today – inclusive of all 5 participants in the newly created Scooters category. In the Adventure Trial category, out of the 62 cars that had been flagged off, a remarkable 41 made it through the final leg of the rally.

On the last and final day of the Maruti Suzuki Raid-de-Himalaya, the competitors went through a loop of 225 kms around Leh, the district headquarter of Ladakh. The vehicles today covered Leh-Karu-Sakthi-Wari La-Thangar-Agham-Khalsar-North Pollu-Khardung La-South Pollu and back to Leh. The highlight of the day was when most vehicles returned after the last leg, to mean achievement given that in its 14-year history, the Raid has conquerd the Khardung La and the Wari La only once. It was a high speed mix track mix of tarmac and dirt and at times marked with heavy snowfalls and blizzards that have refused to yield way to motorsport enthusiasts from the country and abroad.