Maruti Suzuki Indian National Autocross Championship kicked off in Mumbai at Bandra Kurla Complex, MMRDA Grounds. The three-day motorsport event, scheduled from January 20-22, 2017, will witness an action packed adrenaline rush, thrilling experience and dust storms. Over 300 auto enthusiasts are participating in this event across the country.

The Indian National Autocross Championship 2016 is one of the nation’s biggest entry-level motorsports format where motorsport beginners are invited to test their skills. Autocross tests the drivers’ skills and vehicle handling rather than just the speed over specifically designed tracks. The combination of tight and twisty turn in surface creates a experience for the motorsport enthusiasts. 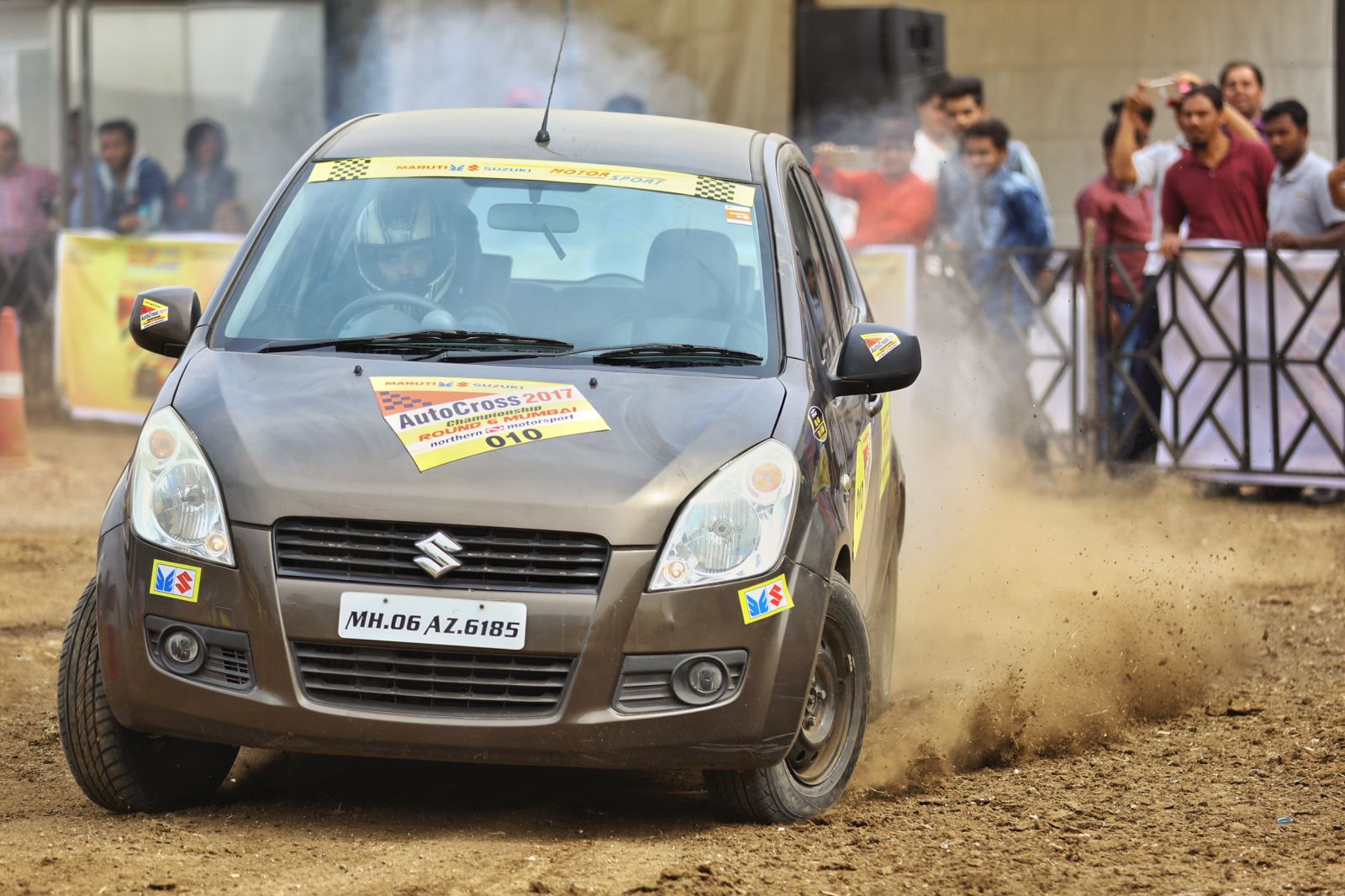 Autocross championships are conducted under the approval of the Federation of Motorsport Clubs of India and under the watchful eyes of appointed Safety Stewards. The track is specially designed to limit the speed of the cars and in case of an untoward incident emergency services including a fully equipped Ambulance is available at all times.

Post the sixth round of the championship in Mumbai from January 20th to 22th, 2017 the event will extend to Jaipur with the grand finale culminating in Delhi-NCR. For city rounds registrations will be carried out at the time of event too at very minimal registration fee. The National Autocross Championship will see the champions from southern India compete with champions from north India for the coveted national title. In addition to these two zones, this additional round is being held at Mumbai. Points of this round will count towards either the North or the South depending on the competitor’s zone selection. The top 4 point holders from each zone and from each class will be eligible to participate in a finale which will be held in Buddh International Circuit, Greater Noida.