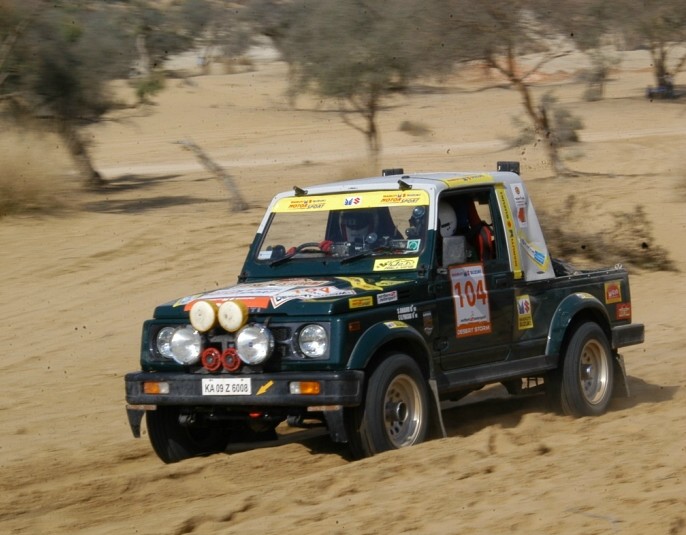 Just like last year, the Desert Storm will have a night driving leg, which would be the first stage of the event. After flag off from New Delhi, the rally will undertake the testing night rallying leg before entering destinations such as Sardarshahar, Bikaner and Pokaran. In its third leg, the Rally would cover the great Thar Desert in Jaisalmer and drylands of Bhuj. Here on, the rally would enter the marshy landscape of the great Rann of Kutch in the final lap. After six days, the rally will culminate on February 25th in Ahmedabad.

Maruti Suzuki has also fielded its employee teams for the rally, including an all women team driving the all new Swift.

For the first time, this year’s rally would see introduction of truck category. Four AMW trucks will compete in the ENDURE category.

Speaking on the popularity of Maruti Suzuki Desert Storm, Mr. Shashank Srivastava, Chief General Manager (Marketing), Maruti Suzuki said, “Maruti Suzuki Desert Storm has had an interesting and fascinating decade long journey. From a humble beginning of a few aspirants’ way back in 2002 to over 280 enthusiasts now, the rally has emerged as one of the most sought after motorsports events in the country. Every year we face the challenge of bringing more excitement and thrills in the rally. Our core team tries to build on this aspect either by adding newer routes or new categories and even modifying routes making them more challenging to drive on for the rallyists.”

Built around the TSD (time-speed-distance) format, the rally has been designed to offer an unadulterated joy of off-roading to motorsport enthusiasts. Depending on the endurance levels, the rally has been split into 3 categories XTREME, XPLORE and NDURE. At all levels it tests the nerve and grit of all participants and their machines.

The Scrutiny of the rally cars will take place on February 18th and 19th in New Delhi.