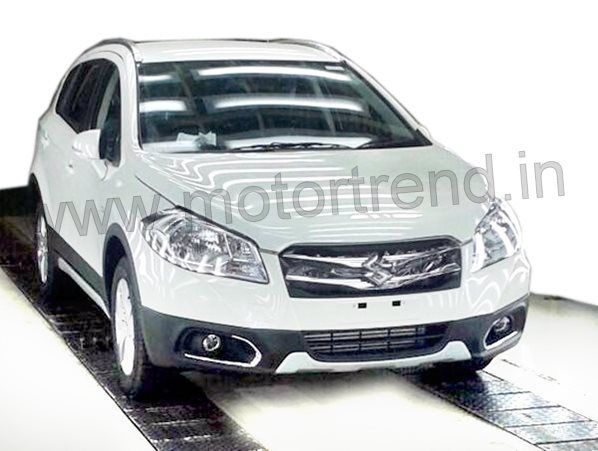 Following the Hyundai Creta, the Maruti S-Cross will be here soon, to turn the heat further up in the compact SUV segment. The S-Cross will be Maruti Suzuki’s first, proper offering in this segment, unless somebody still acknowledges the Gypsy, or the ill-fated Grand Vitara.

Undisguised images, courtesy Motor Trend India show the India-spec S-Cross. Things stay true to the international model, apart from the different grille, which now gets just two slats instead of three, but now they’re laced with chrome, because India. It also seems that we’re not getting projector headlamps or DRLs at all, because this particular model says ZDi+ at the back, which translates to the range topping specimen. 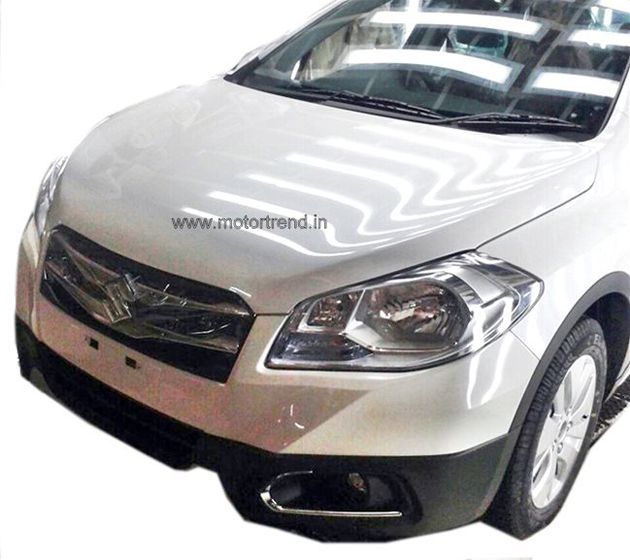 The rest of the outdoorsy embellishments include brushed silver finished skid plates all around (including the sides) contrasting with the full body cladding, 16 inch wheels, chrome trimming around the fog lamp bezels and roof rails. 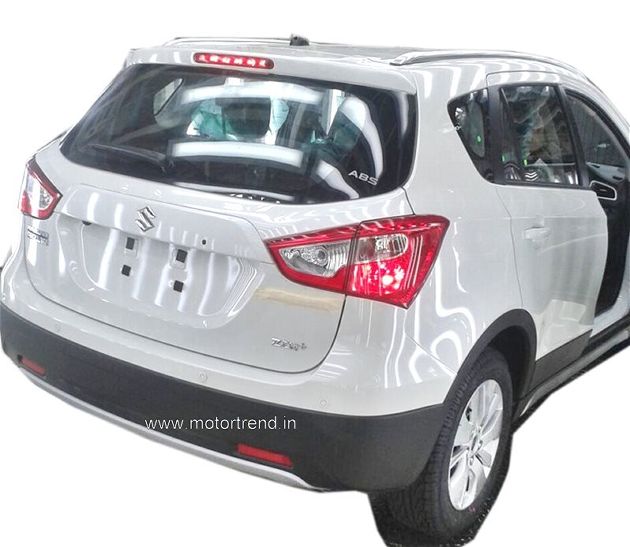 In India, the S-Cross will be available with just one drive-train option at launch – a 1.6 liter, Fiat sourced Multijet diesel engine with 118 bhp on tap, mated to a 6-speed manual transmission, driving the front wheels. Suzuki’s Allgrip 4WD system won’t make it here as well.

This S-Cross will be sold through the new, premium Nexa dealerships of Maruti where it will be sold alongside the Ciaz sedan. A July launch is expected.