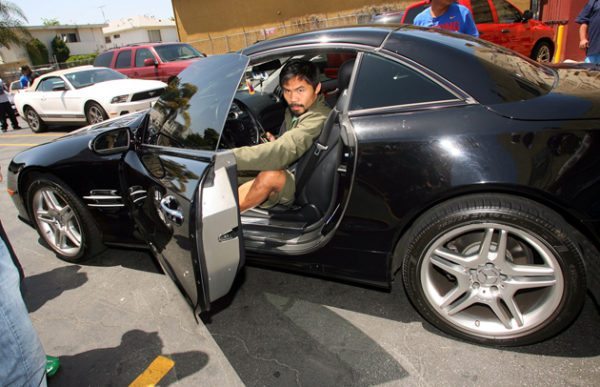 Floyd Mayweather may love showing off his stable of hot wheels on Instagram and Facebook, but it doesn’t mean that his arch-rival Manny Pacquiao is too far behind in the exotics department. The Filipino boxer likes to keep a low profile and donate a huge amount of his proceedings to charity, but he still has some very delectable cars at his Los Angeles residence. 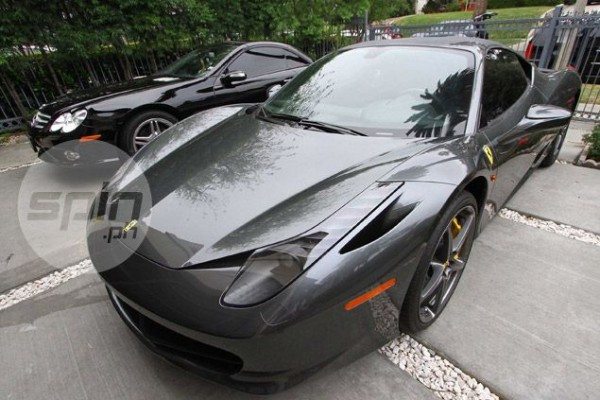 According to reports, Pacquiao has amassed some 22 vehicles in his garage now.  Of these, his personal favorite seems to be the gunmetal grey Ferrari 458 Italia which he gifted himself back in 2011 just three weeks before his last showdown with Marquez. Then there is the Mercedes-Benz SL550, also done up in a similiarly muted ebony black colour. Other cars in Manny’s garage include a Mercedes SLK, an armored Hummer, a Porsche Cayenne Turbo, a Lincoln Navigator and a Mitsubishi Pajero V6.

Pacquiao is one of the top earning athletes in the world, with an estimated net worth of $120 million, $41.8 million of which he netted just last year. The 36-year old  boxer shows no signs of slowing down, having rebounded from a December 2012 loss with back-to-back impressive victories over Brandon Rios and Timothy Bradley. Both fights were disappointments for the PPV buys with the Rios fight in Macau generating 475,000 buys and the Bradley rematch netting less than 800,000, considered a disappointment in viewership figures. Nevertheless, Pacquiao still pocketed $41 million, including Philippines TV money, from the two bouts. His rapid ascension to fame and endearing boy-next-door charm made him an endorsement star, but the brutal knockout by Marquez and year-long break that followed put a significant dent in his out-of-the-ring earnings. Deals with Hewlett-Packard, Hennessy and Wonderful Pistachios all expired in recent years dropping his annual endorsement income below $1 million. 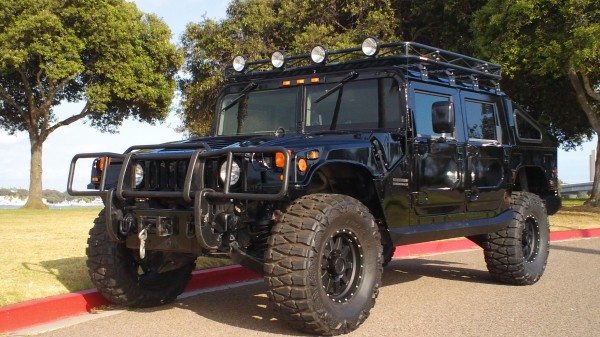 Still, as long as he doesn’t go about ordering Veyrons and Enzos by the truckload like his nemesis, we reckon Pacman will still have a lot left to spare for oil change at the end of his career.