Home Mahindra Mahindra U301 details to be officially announced on July 30, 2015 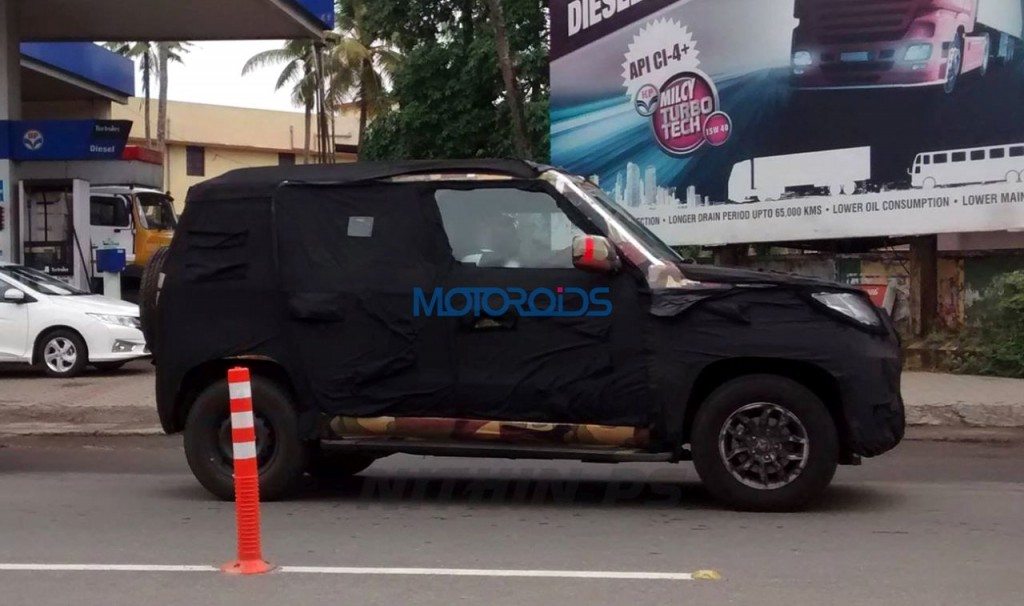 Mahindra has officially announced that it’ll be revealing the name, along with preliminary details of their upcoming, sub-4 meter long SUV – codenamed the U301 – on July 30, 2015.

The Mahindra U301 will essentially be a mini-Bolero, but slightly more sophisticated and contemporary than India’s best selling UV. To based on a shorter iteration of the updated ladder-frame that underpins the new Scorpio, the U301 is expected to be positioned above the Bolero.

The exteriors, though still under wraps, will keep the Bolero’s inherent boxiness intact. The U301 will get its own version of the signature Mahindra toothy grille. Also, most of the bodywork will be flat paneled, to keep costs in check.

The interiors of the Mahindra Bolero U301 will be significantly upmarket as compared to the current Bolero. Initial findings include an all-new dashboard with chrome inserts, a more modern instrument cluster, an all-new, multi-functional three-spoke steering wheel, and a touchscreen infotainment system.

Under the hood, the U301 is expected to get the same three cylinder, 1.5 liter, turbocharged diesel engine that powers the Quanto, mated to a 5-speed manual transmission. For the U301 though, this motor will be re-tuned to offer more torque and fuel efficiency.