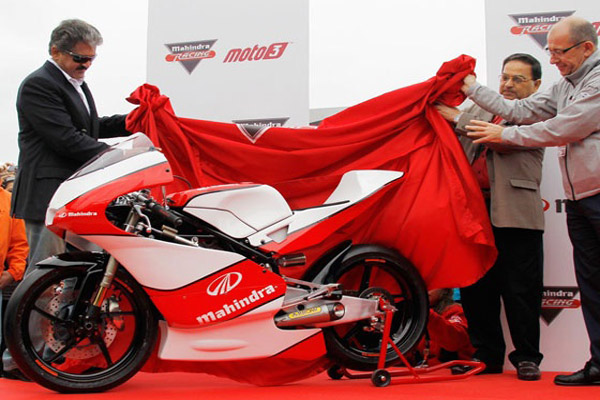 Preview:
Mahindra 2 Wheelers Ltd. is all geared up to make a mark at the upcoming Auto Expo 2012. The company will showcase Mahindra racing’s new Moto3 challenger, the MPG30 at the 2012 Auto Expo in New Delhi.

The company seem to working hard on improving its technological capabilities and plans to launch new products in due course. One of these products, the Duro DZ scooter, which was recently launched in South India will also be showcased at the Auto Expo. The 125cc scooter will add to the company’s existing scooter lineup, which is doing rather well in terms of sales.

Mahindra Two Wheelers, along with the MPG30 and the Duro DZ will also bring its entire lineup of scooters and motorcycles to its exhibit area. The Stallio, the Duro, the Rodeo, and hopefully, the Mojo will also be in attendance at the company’s stall.

Speaking on the upcoming Auto Expo, Ruzbeh Irani – EVP – Corporate Strategy & Chief Brand Officer, Mahindra and Mahindra said, “Mahindra Racing will unveil its new Moto3 challenger, the MGP30 for the first time in India at the Auto Expo. Mahindra was the first Indian company to enter MotoGP in year 2011. Mahindra Racing, ended its debut 2011 season by claiming the last ever 125 class pole position in Valencia and also achieved an impressive third position in the Constructors’ Championship. Our MotoGP participation has also given us a great platform to showcase the Mahindra brand globally and also exhibit our technology skills to a truly global audience”.