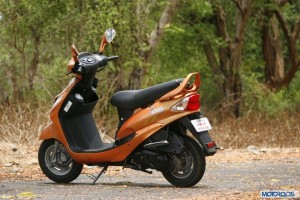 In anticipation of increased demand ahead of the festive season, Mahindra Two Wheelers recently launched a new communications campaign for its scooter portfolio.

Commenting on the outlook for the two wheeler industry and Mahindra’s new campaign Viren Popli, Executive Vice President – Strategy and Market Development, Mahindra Two Wheelers said, “Today, Mahindra has a rich legacy of manufacturing powerful, reliable and stylish vehicles designed specifically for Indian roads. With the onset of festive season, we are expecting the buoyancy in market to be restored which will drive growth for new offerings of Mahindra Two Wheelers. An aggressive marketing plan is lined up to ensure this.”